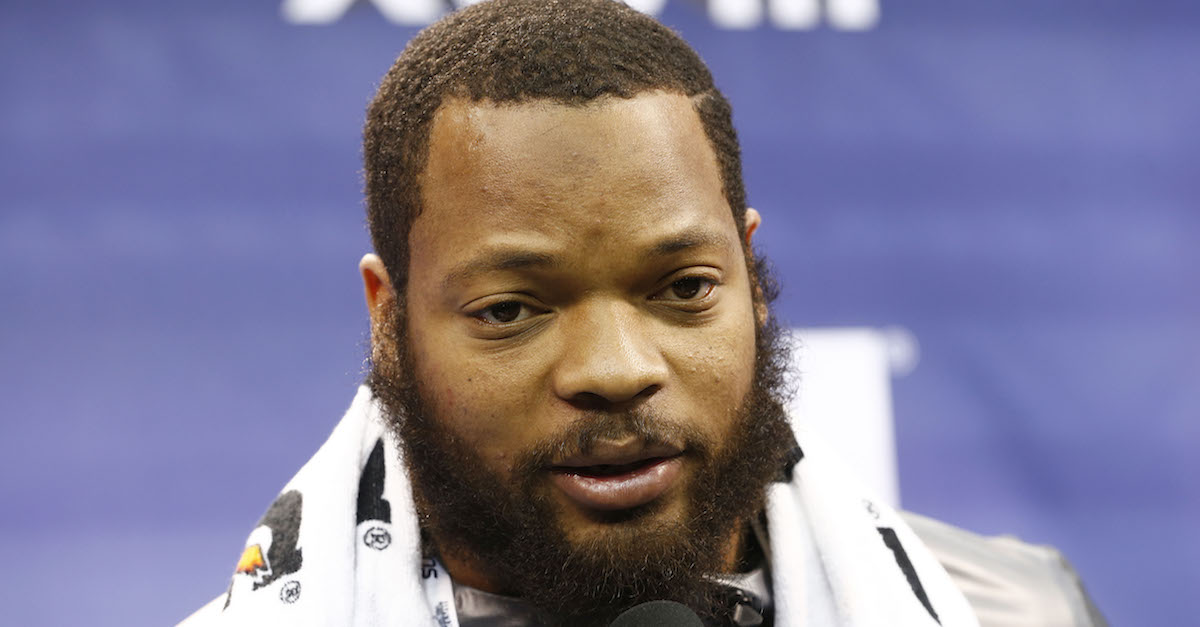 Things have already been ugly between Seattle Seahawks’ defensive end Michael Bennett and the Los Vegas Police after Bennett claims he was treated harshly by them. Now it looks like things are about to get worse now that the LVMPD has asked the NFL to get involved.

Vanessa Murphy of CBS in Las Vegas is reporting a letter from the union for LVMPD officers addressed to NFL Commissioner Roger Goodell. In the letter, the union is asking Goodell and the NFL to investigate Bennett and the allegations he threw at the LVMPD shortly after the Conor McGregor-Floyd Mayweather fight in Las Vegas a few weekends ago.

Bennett’s allegations, which were released in a Twitter note simply entitled “Equality” were that the LVMPD singled him out after gunshots were heard in a crowded casino. Bennett alleged that an officer pointed a gun at him while he, and others in the area, were running for cover. The reason, according to the NFL star, was “for doing nothing more than simply being a black man in the wrong place at the wrong time.”

The Seahawks’ defensive end also alleged that the officer pointed the gun to his head and told him that he would “blow it off” if he moved, though more colorful language was used in the statement. Another officer also allegedly jammed his knee into Bennett’s neck and the 6-foot-4, 274-pound defensive lineman said that handcuffs were placed on him so tightly that his hands went numb.

“The officers’ excessive use of force was unbearable,” Bennett wrote “I felt helpless as I lay there on the ground handcuffed facing the real-life threat of being killed. All I could think of was ‘I’m going to die for no other reason than I am black and my skin color is somehow a threat.’ “

These were obviously serious allegations against the LVMPD officers and the association has responded with just as much fire. The letter sent by the police department can be seen below:

The union alleges that Bennett “bolted out of the casino” when the officers turned on Bennett. He also hid from the officers, according to the statement. Notably, along with offering their side of the story, the LVMPD offered a critique of Bennett’s stance against the National Anthem.

“While the NFL may condone Bennett’s disrespect for our American Flag and everything it symbolizes, we hope the League will not ignore Bennett’s false accusations against our police officers.”

Wow, this has the potential to get very ugly, and it’s not like Goodell and the NFL have a stellar history of investigating its own players.