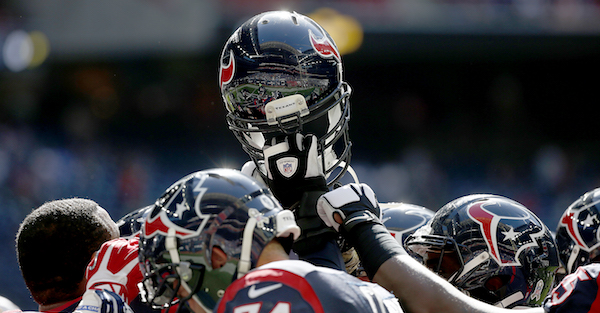 The Houston Texans were embroiled in something of a scandal earlier this season, as owner Bob McNair was quoted with less favorable comments that did not please either players or fans. On Friday, though, the team released a statement in response to a reported lawsuit being filed against the franchise.

KHOU in Houston brings word that Kristen Grimes, who was once employed by the team, “is suing for negligence, civil assault, intentional infliction of emotional distress and defamation” and the report includes images of the lawsuit itself.

In response, the Texans released the following statement.

“We are aware that a lawsuit was filed earlier today against the Houston Texans alleging, among other things, that the Club failed to properly investigate and respond to a sexual harassment complaint filed by a former employee in November 2016. The Houston Texans take complaints of this nature seriously. Consistent with club policy, this matter was promptly investigated and addressed at the time the complaint was made. We will vigorously defend ourselves against this litigation.?

The KHOU report names Jason Lowrey, who was previously employed as Houston’s Director of Football Operations, as the target of the allegations.

As noted in the release, the Texans plan to “vigorously defend” the organization against the lawsuit. Stay tuned.