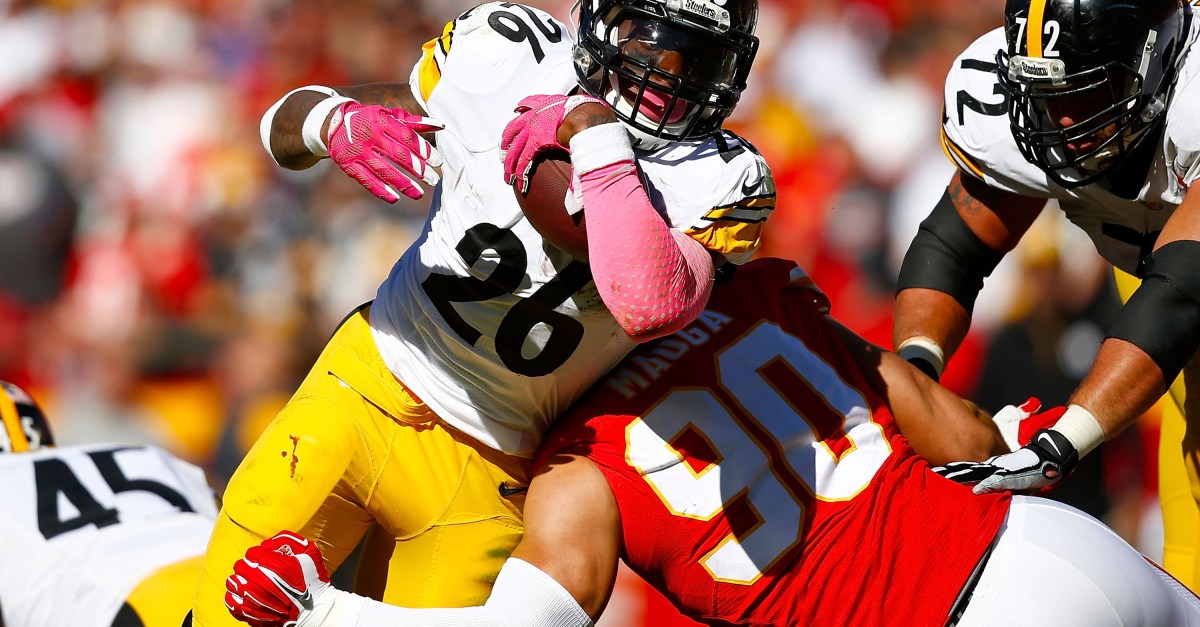 Who says NFL players can’t have a little fun with fans and management on April Fool’s Day?

Pittsburgh Steelers running back Le’Veon Bell decided to play a prank on fans on April 1 about being given the franchise tag earlier this year.

Related: Pittsburgh Steelers may be in serious trouble after apparently breaking NFL rules

ppl can say literally whatever they wanna say…but idc, I will LITERALLY sit out the WHOLE YEAR before I decide to play on the tag!

Bell waited nearly an hour before he added that it was just a joke.

Bell will make $12 million this year unless the two sides can agree on a long term deal. The 25-year-old running back has been one of the best—if not the best—back in the league since being drafted by the Steelers in 2013.

The Steelers’ organization and Mike Tomlin probably didn’t enjoy the joke as much as he did, but it was still a pretty good prank.