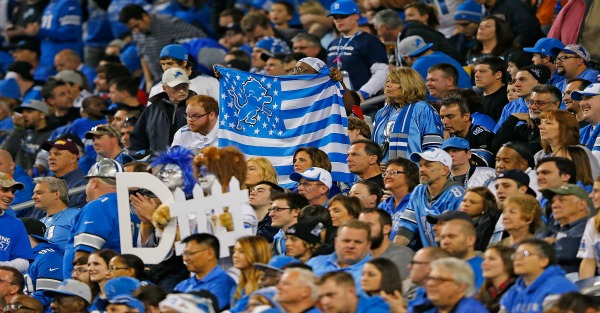 A devious group of Detroit Lions fans have purchased billboards around metropolitan Detroit to publicize their frustration over a non-call in Monday’s game against the Seattle Seahawks. This is the same bunch who bought billboards over last year’s controversial non-pass interference call against the Cowboys.

The fans requested to buy seven billboards located around downtown Detroit for the rest of the week from OutFront Media. Each billboard reads “Blind to the bat” with a picture of a referee wearing sunglasses.

This is payback after the Lions lost to the Seahawks 13-10 Monday following a questionable batting of the ball out of the end zone by Seahawks linebacker K.J. Wright after receiver Calvin Johnson fumbled on the half-yard line.

According to ESPN.com, NFL VP of Officiating Dean Blandino later said that Detroit should have gotten the ball back on the 1-yard-line.