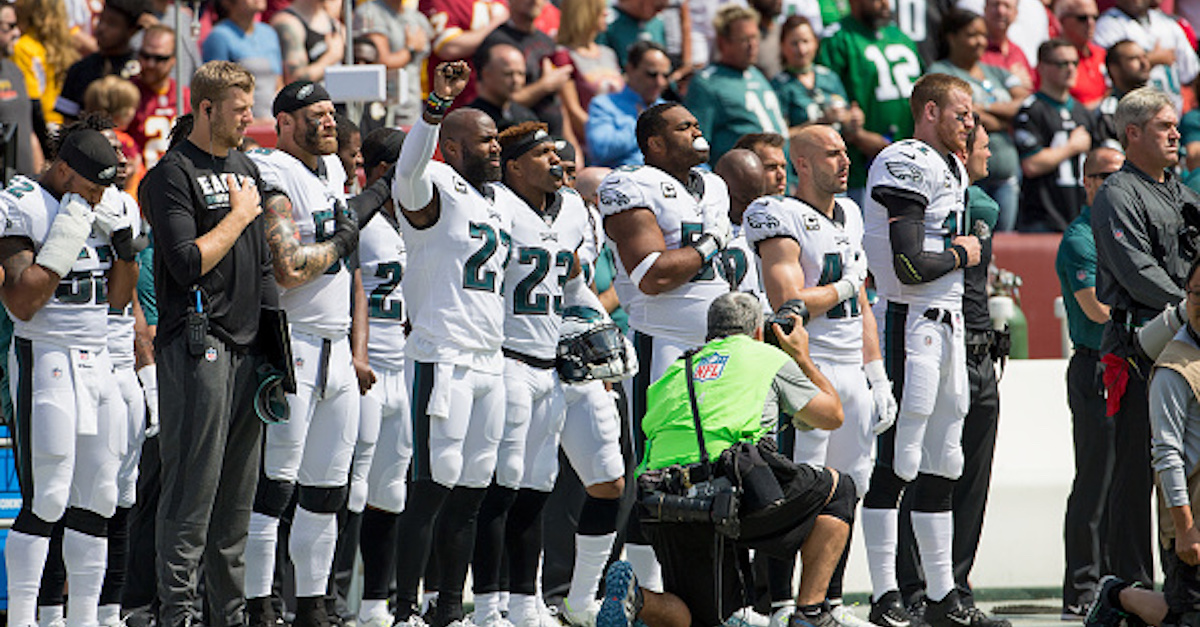 The NFL has taken a step of good faith in support of its players and the social causes they support, and the league actually put its money where its mouth is by pledging to donate $89 million towards causes supported by players who have been protesting during the national anthem.

That’s a huge step by the NFL when it comes to meeting its players in the middle — though Colin Kaepernick is still unemployed,  but that’s a different article —  and one leader of the protest movement, at least, has decided to drop his stance in acceptance of the league.

That player is none other than Eagles’ cornerback Malcolm Jenkins, who has been raising his fist during the national anthem over the last two seasons.

According to what Jenkins told Zach Berman of the Philadelphia Inquirer, as passed on by Pro Football Talk, Jenkins feels that he’s accomplished his goal, thus he’ll end his demonstration.

Here's Malcolm Jenkins explaining why he will not demonstrate during the national anthem on Sunday: pic.twitter.com/HcxHAzYAvv

?I don?t anticipate demonstrating this week simply because I felt like when I started demonstrating, my whole motivation was to draw awareness to disenfranchised people, communities of color, injustices around the country, our criminal justice system. And obviously through this year and talking with the league and what they?ve kind of proposed, I feel like has presented a bigger and better platform to continue to raise that awareness and continue to [influence] positive change. Not only with the money that they’ve put up, because I think that’s probably the least important part of the deal, but with the resources and platform that they have proposed to build. We’ve seen what they’ve done with breast cancer awareness, Salute to Service, those things. So to allocate resources to a campaign in that matter that’s bigger, I think is significant and it hadn’t been done before. So I look forward to playing a part in using that to continue [to] draw awareness around solutions that people can take a part of to actually make the change that we’re going to see.”

Ultimately this was a very wise statement and decision from Jenkins because when the NFL does back something it does tend to get a lot of attention. Breast cancer awareness has been a huge cause for the league and wearing pink has become almost an expectation during October. The league also does a great job supporting and propping up the military, so if some of the causes that many of these players care about get that kind of support and exposure, it would be a huge win.