Marcus Mariota gets absolutely crushed, loses helmet, shoe and ball in one sequence 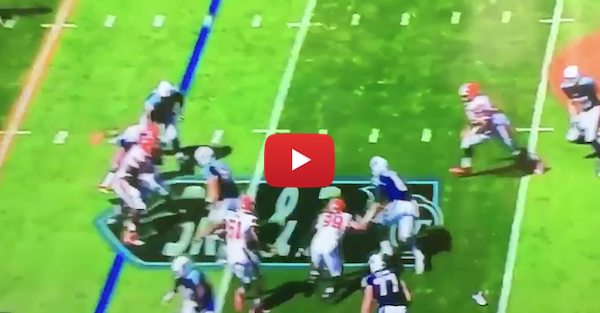 After tearing up the Tampa Bay Buccaneers in Week 1, the Cleveland Browns have brutalized Mariota and the play above might have been the worst thus far.

Mariota slipped and lost his shoe, but things only got worse from there as the Browns defense collapsed on him and bent him backwards, causing him to lose his helmet and the football.