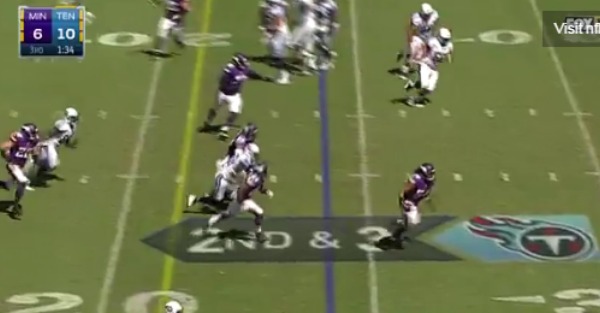 Marcus Mariota’s not having the best outing in the Tennessee Titans’ opening day matchup with the Minnesota Vikings. If there were any question, this pick-six in the third quarter is a pretty good indication.

Mariota tried to hit wide receiver Harry Douglas in the flat, but instead found second-year linebacker Erick Hendricks who took it 76-yards to the house. The play swung the momentum of the contest, and Minnesota held on to beat Tennessee, 25-16.