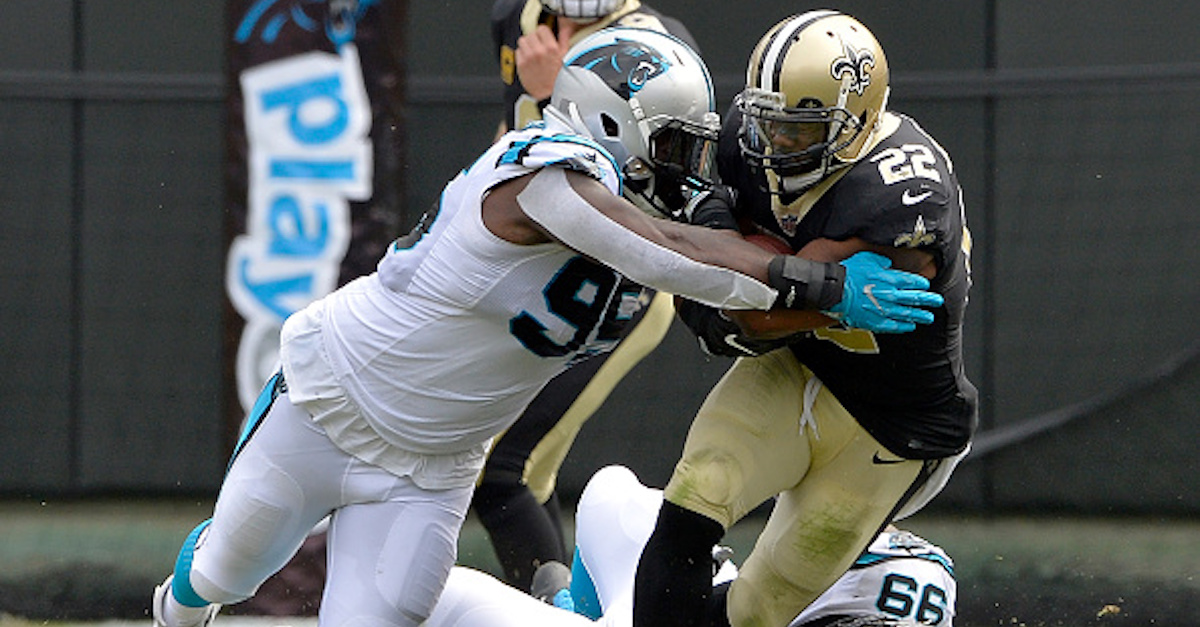 Mark Ingram has been tremendous for the New Orleans Saints this season.

Ingram has been great, and that’s good news for his impending free agency hopes. In fact, according to Nick Underhill of theadvocate.com, Ingram can actually hit free agency early if he hits a few stipulations in his contract. Stipulations he’s well on his way towards hitting, mind you.

The Saints running back has a clause in his deal that makes him a free agent if the Associated Press names him a first-team All-Pro. Ingram also could have fulfilled his contract a year early if he made the Pro Bowl in 2016 and 2017, but he did not receive that honor last season.

With the way Ingram has been running, there?s a chance he could make the team. He ranks fourth in the NFL with 806 rushing yards, and his eight touchdowns are tied with the Rams? Todd Gurley for the league lead. His 5.2 yards per carry is third among running backs behind New Orleans? Alvin Kamara (6.2) and Green Bay?s Aaron Jones (5.3).

Adrian Peterson was expected to be New Orleans’ No. 1 option this season but he never panned out and was traded to the Arizona Cardinals, which opened up room for Ingram to flourish. Of course, Ingram has been with the Saints since 2011 and outside of a nine-touchdown performance in 2014 he’s never quite lived up to expectations — especially since he won the Heisman Trophy at Alabama (2009)–  but these past few games have been huge for the former No. 1 overall pick.

He’s really found his stride and if New Orleans isn’t ready to hold onto him after this season, that could pay off for Ingram if he’s able to hit free agency early. With Alvin Kamara also playing well for the Saints’ backfield and Drew Brees leading the way through the air, New Orleans may allow Ingram to walk via free agency, which could net him a pretty penny on the open market.

Or perhaps New Orleans won’t want to let him leave, thus the Saints would have to pay him to stick around.

Either way, if Ingram hits his numbers, he’s gonna be in a great spot.