After wearing a shirt blasting the President, former Super Bowl champion had to be hidden during national anthem 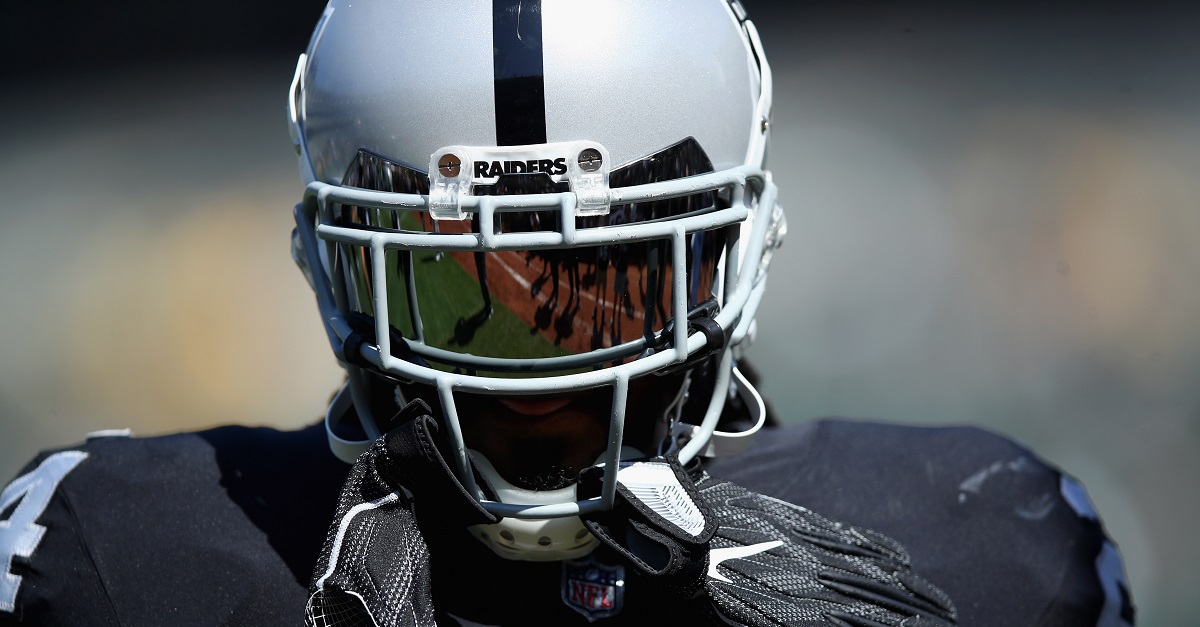 Marshawn Lynch was caught wearing a “Trump vs. Everybody” shirt before Oakland’s game against Denver and it looks like he had to be hidden during the national anthem for another action he took.

It’s a different look considering all the kneeling and protesting that was going on just last week and still even into this week’s games. Lynch was the only Raider sitting for the anthem so the team must have felt it wasn’t a good look or something considering how many staffers they had surrounding him and shielding him from pictures.