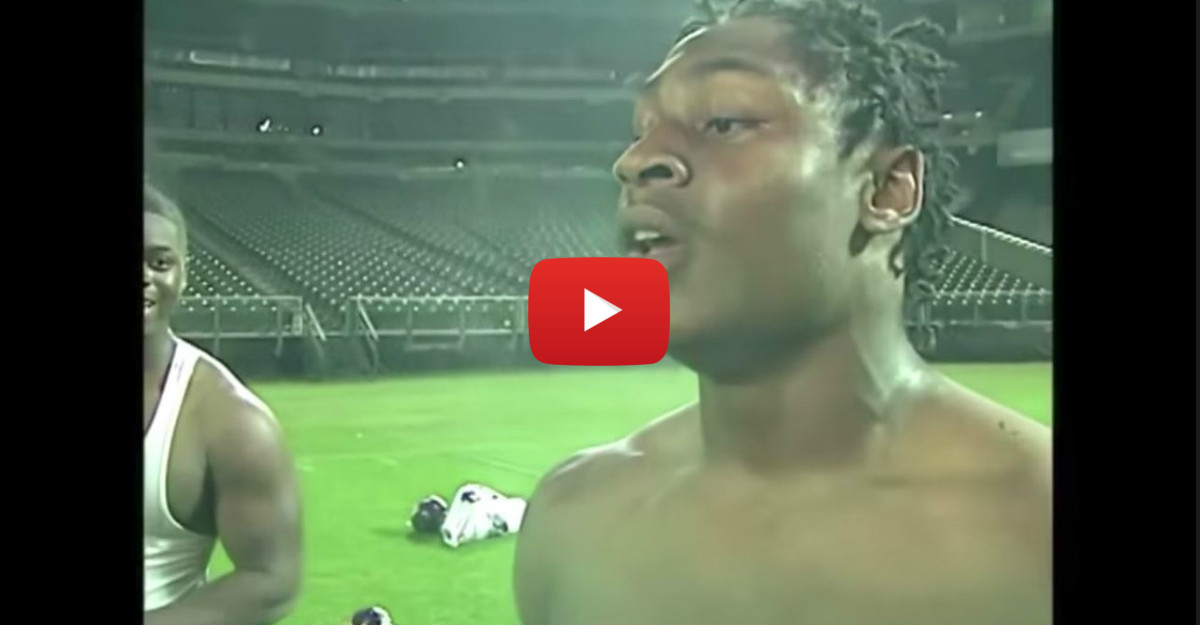 In honor of Marshawn Lynch, let’s relive one of his more unforgettable interviews — and no, it wasn’t the “Here so I won’t get fined” one.”

The Seahawks running back doesn’t like talking to the media anymore, but back in high school, it looks like Marshawn Lynch loved the camera when he was running through defenses at Oakland Technical High School.

In the highlights in the video, you can see that Lynch was already Beast Mode. He was unstoppable.

After a 55-47 win over Skyline and a 21-carry, 163-yard, four touchdown performance, a reporter caught up with Lynch after the game to get his thoughts on the game.

“Our linemen! Oh my God,” Lynch told the reporter. “If my linemen wasn’t so good — oh my God, I wouldn’t know what to do. And me being as broke as I am, I’m about to find a way to treat my linemen to Sizzler.”

Lynch probably got the Sizzler line from the movie “White Men Can’t Jump,” which is the clip at the end of the interview.

MORE: UFC’s Derrick Lewis is King of Interviews: “My Balls Was Hot”