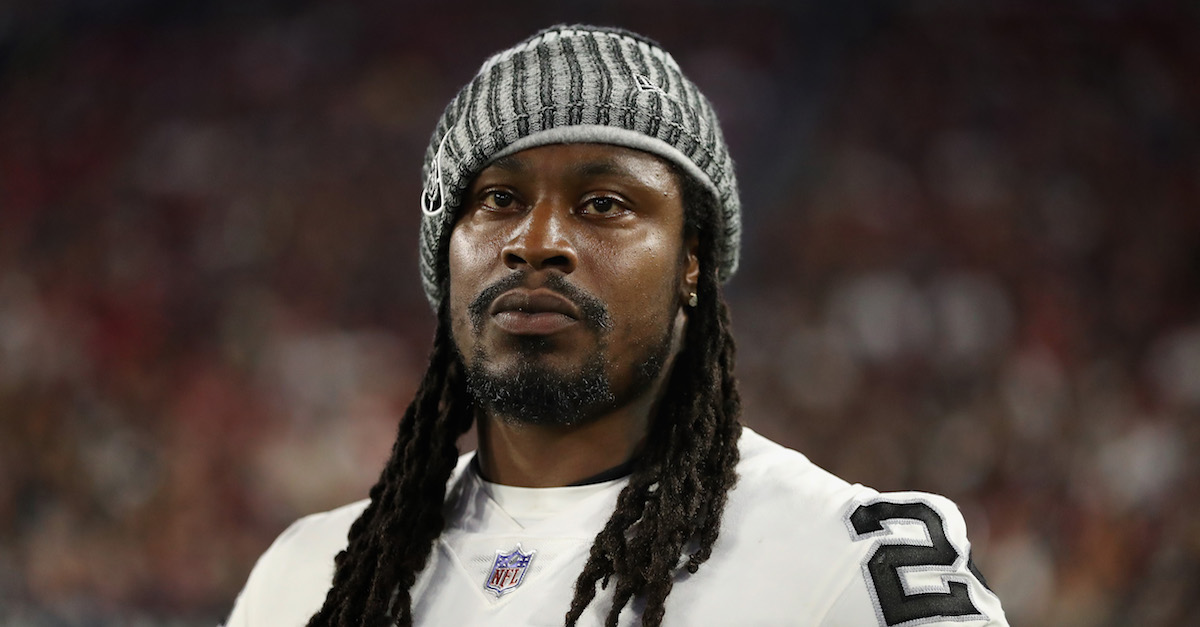 Marshawn Lynch stirred up the NFL on Saturday evening before the Oakland Raiders preseason contest, opting to sit for the national anthem than stand.

When asked about the decision, here’s what head coach Jack Del Rio said:

The problem with that? He hasn’t done it, at least consistently over the last 11 years:

Last season, during Colin Kaepernick’s controversial decision to kneel during the national anthem, here’s what Lynch said, as transcribed by CBS Sports: