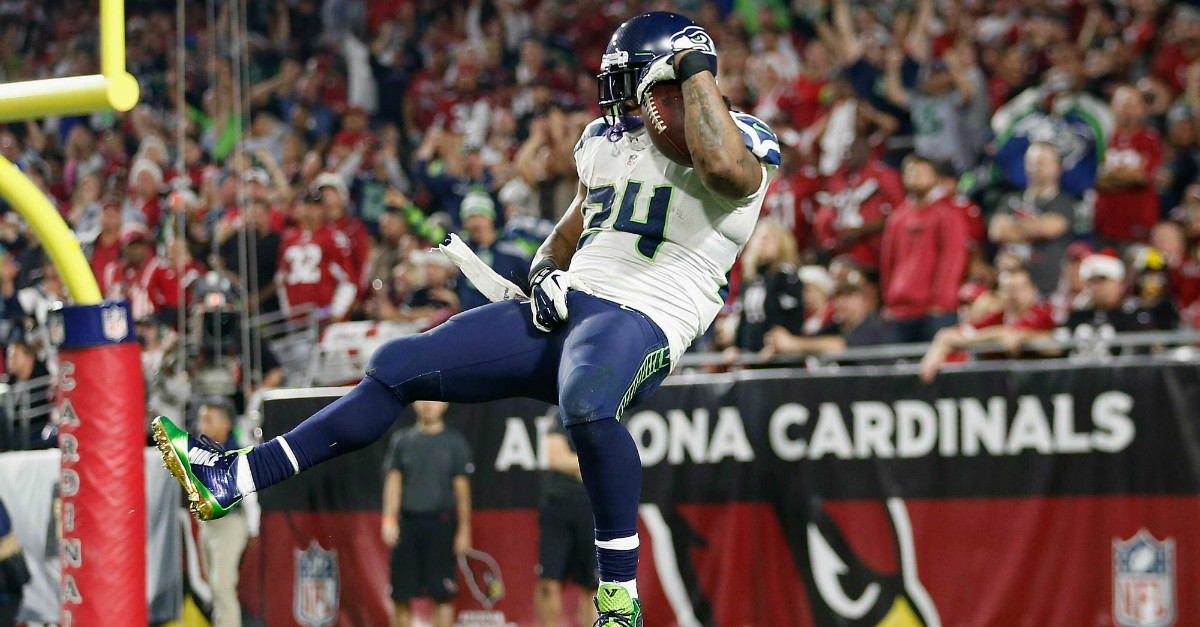 After meeting with the Oakland Raiders earlier in the offseason, the Seattle Seahawks are now expected to trade him to the AFC contender:

Sources: The #Seahawks & #Raiders are expected to work out a trade for Marshawn Lynch to Oakland. It’s contingent on a reworked contract 1st

Originally it was reported Lynch had begun the process, but could land elsewhere:

Source: Marshawn Lynch has begun NFL reinstatement process, hoping to play for #Raiders or could team with Richard Sherman if CB traded.

With the Seahawks already paying Thomas Rawls, Eddie Lacy, C.J. Prosise and Alex Collins, allowing a fifth running back to enter the mix wouldn?t make sense and they would likely cut him anyways to keep room for everyone else.

In nine seasons, Lynch carried the ball more than 2,000 times for over 9,000 yards. He scored 74 touchdowns while averaging 4.3 yards per carry.