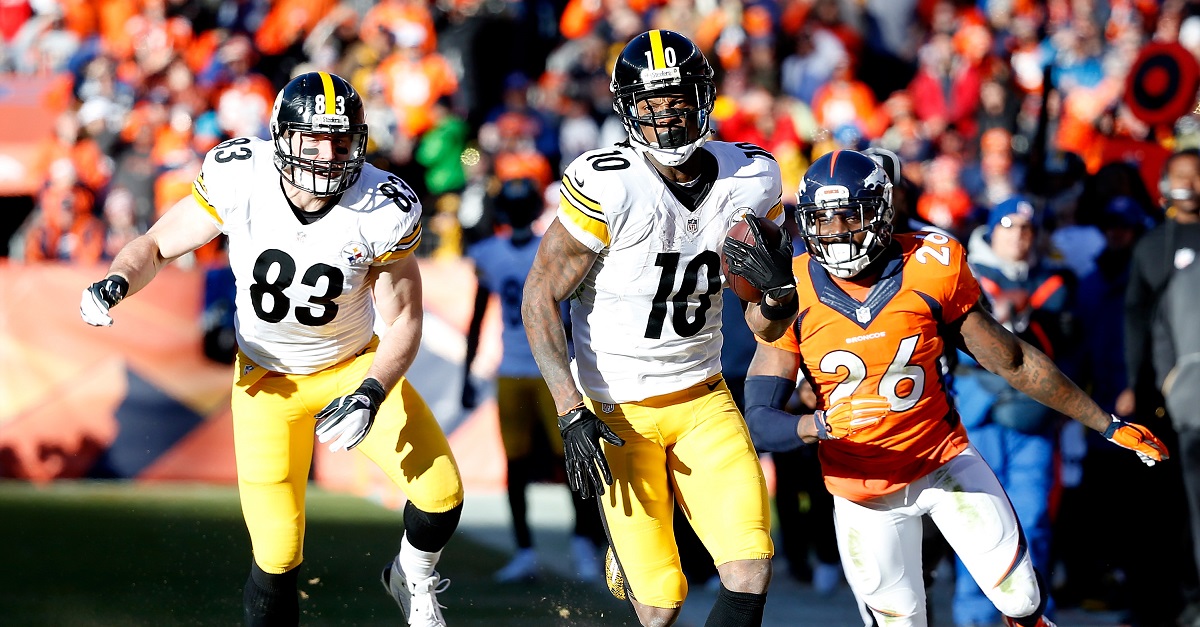 Former Clemson star and current Steelers wide receiver was just reinstated to the NFL on Tuesday after being suspended for the entire 2016 season. He violated the league’s substance-abuse policy and had to serve a minimum of one year for his suspension, but the league has seen how he has fixed his life and is giving him another shot.

RELATED: Steelers could be without Martavis Bryant for a year

That would have some fans concerned whether he’s in shape for the season or not, but he definitely showed that he’s ready. The same day he was reinstated he ran a blazing fast 40-yard dash and posted it to Instagram:

Running a 4.27 at age 25 and after being out of the game for one year is pretty darn impressive. He also posted a bunch of his workouts on his Instagram page to show that he’s been keeping in shape and will be ready for the 2017 season.