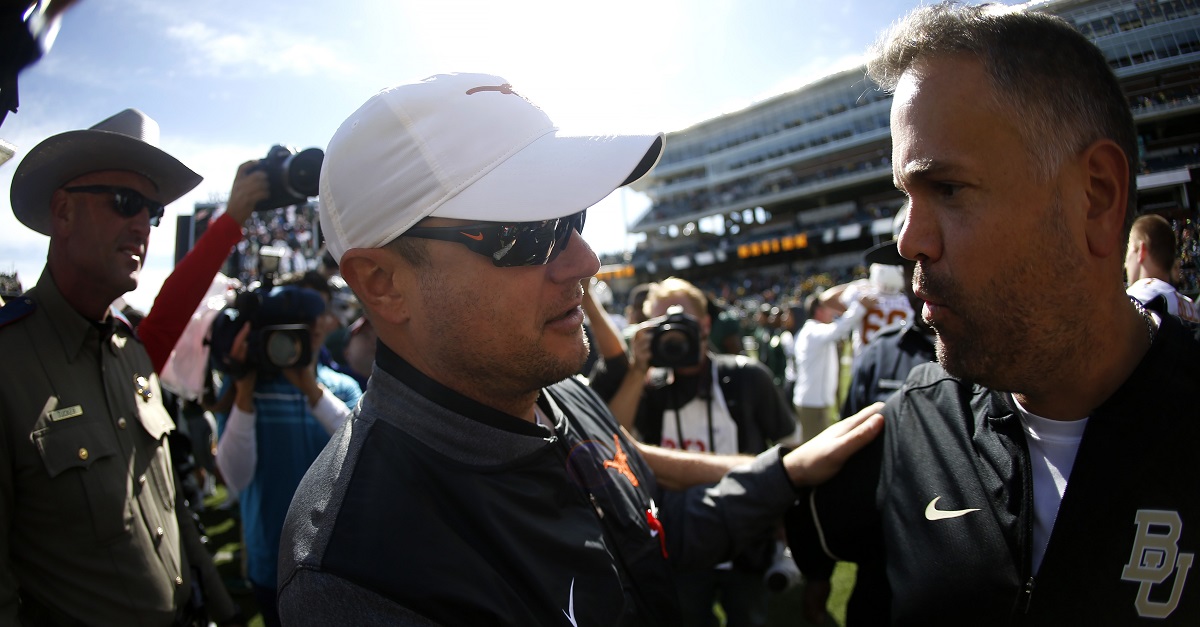 There’s always a surprise candidate for an NFL head coaching vacancy, and this year that candidate is way off the radar.

According to ESPN’s Adam Rittenberg, Baylor head coach Matt Rhule interviewed for the same position for the Indianapolis Colts.

SOURCES: Baylor coach Matt Rhule interviewed for the Indianapolis Colts head coaching vacancy earlier this week. Rhule, who completed his first season with the Bears in November, spent the 2012 season as the New York Giants offensive line coach. He is… https://t.co/5w6H7o0aqJ

Related: Report: Notre Dame to suffer huge coaching loss thanks to the NFL

It’s not uncommon for college coaches to interview for NFL positions, but Rhule just finished his first season at Baylor, and the Bears were 1-11 in 2017.

To be fair to Rhule, he inherited a messy situation in Waco, so the 1-11 campaign isn’t necessarily an indictment of his coaching skills.

Before taking over at Baylor, Rhule turned the Temple program around rather quickly. He went 2-10 his first year at Temple, and then he followed that up with a 6-6 season and back-to-back 10-win seasons and a conference championship.

Rhule, 42, was also the offensive line coach for the New York Giants in 2012.

Rhule probably isn’t the favorite to land the Colts job, but stranger things have happened in the NFL.