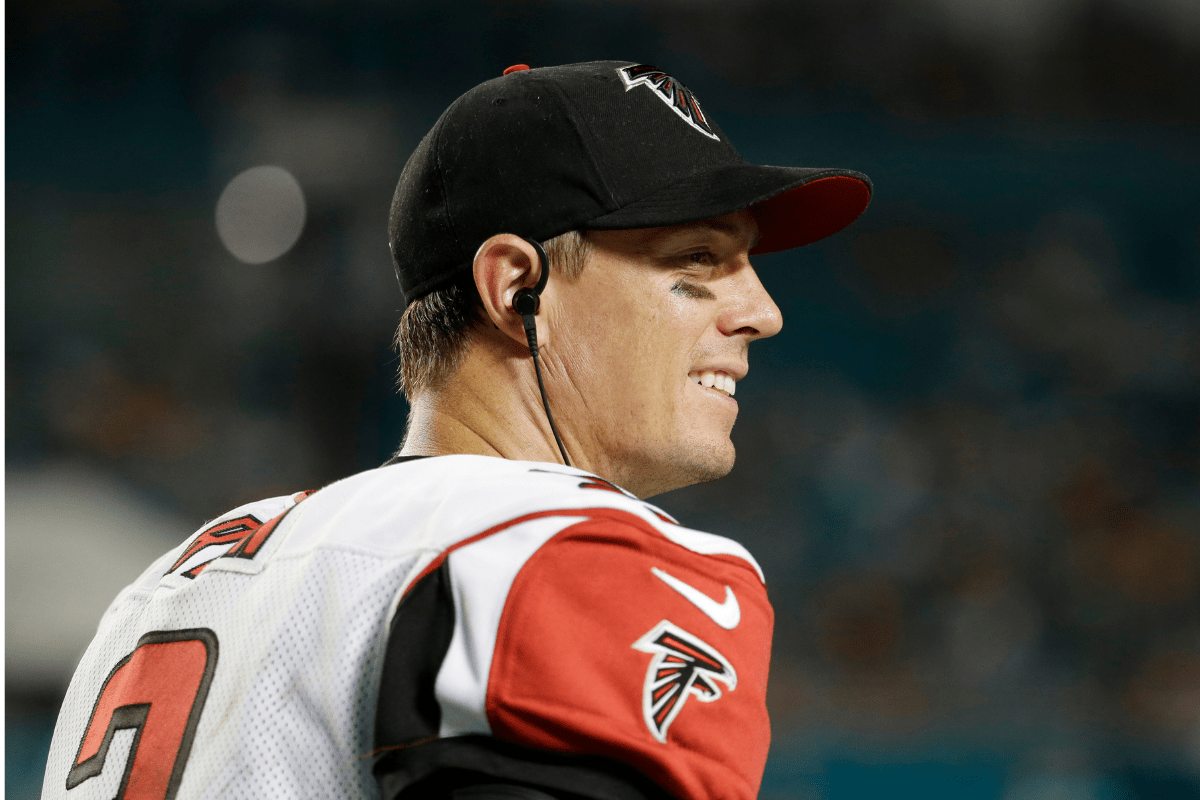 Atlanta Falcons star quarterback Matt Ryan has had an NFL career filled with highs and lows. The 36-year-old has spent his entire NFL career with the Falcons, leading the team through its ups and downs of the past decade and a half.

While Ryan may never erase the score “28-3” from his head, the American football quarterback can take solace in his infamous Super Bowl defeat by checking his bank account. As I’m sure you guessed, “Matty Ice” is filthy, filthy rich.

Matthew Thomas Ryan grew up in Exton, Pennsylvania, to Irish parents Michael and Bernice Ryan. He attended high school at the William Penn Charter School in the greater Philadelphia area. Ryan was a standout high school player and earned a scholarship to play college football for the Boston College Eagles.

Matt Ryan has never lost a “Bowl” game. He went 3-0 as a starter at Boston College in Bowl Games. pic.twitter.com/9bXcqn6E9g

After college, the Atlanta Falcons drafted Ryan third overall in the 2008 NFL Draft. He made his first NFL start against the Detroit Lions. Ryan was named NFL Offensive Rookie of the Year in 2008 after recording 16 touchdowns and 3,440 passing yards.

As the Falcons’ starting quarterback, Ryan has featured in over 200 games and thrown for nearly 350 touchdowns. Ryan has made five Pro Bowls and was selected to one First-Team All-Pro. He won the NFL Offensive Player of the Year and NFL Most Valuable Player awards in 2016, beating out fellow MVP candidates Tom Brady and Aaron Rodgers for the hardware. Additionally, Ryan took home the Bert Bell Award in 2016.

Ryan has played in one Super Bowl throughout his career. Unfortunately, it was the crushing defeat to the New England Patriots in 2016 at Super Bowl LI, one of the most memorable games in NFL history.

One of the greatest comebacks in sports history.

Four years ago, Tom Brady and the Patriots overcame a 28-3 deficit to win Super Bowl LI 🏆

In 2018, Ryan signed a contract extension with the Falcons that made him the highest-paid player in the NFL. His contract was a five-year deal worth $150 million, including a $46.5 million signing bonus. It was Ryan’s second contract in the NFL after his six-year rookie deal paid him $72 million.

When Matt Ryan isn’t looking for Calvin Ridley in the end zone in the National Football League, he’s at home with his loving family.

Ryan and his wife Sarah Marshall (not affiliated with the movie) reside together in Atlanta, Georgia, with their two sons. The football player often shares photos of his family on social media.

Matt Ryan has made nothing shy of a fortune throughout his professional career on the gridiron. According to Celebrity Net Worth, Matt Ryan’s net worth is estimated at $70 million. Through 13 seasons, he’s collected more than $244 million in contract earnings.

While most of his income is earned through NFL contracts, Ryan has also pocketed some cash through endorsement deals. Per Forbes, Ryan has sponsorship deals with companies such as Nike, Gatorade, Dove and Mercedes.

Judging from his estimated net worth, Matt Ryan could retire anytime he wanted.

MORE: Aaron Rodgers’ Net Worth Proves He Could Retire Today