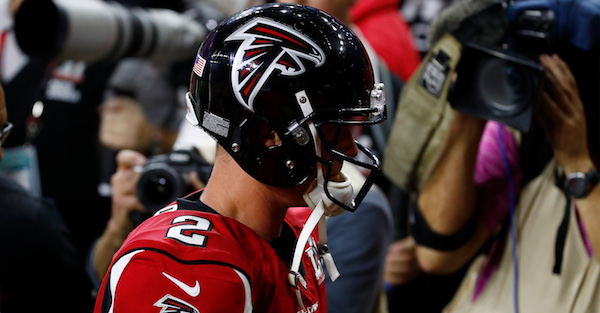 The Atlanta Falcons had a 28-3 lead in the second half of Super Bowl LI, and they proceeded to run the ball a total of five times for the remainder of the game.

Apparently Falcons quarterback Matt Ryan had a message QB coach Matt LaFleur during the second half:

The Falcons even had a 28-20 lead with less than five minutes remaining in the game with the ball on the Patriots’ 22-yard-line, and they proceeded to lose 23 yards over the next few plays and had to punt to New England. Ryan was sacked, and the Falcons were called for offensive holding on the next play.

Tom Brady led the Patriots on a furious comeback, and the Falcons completed the worst meltdown in Super Bowl history.