NBC has a deal with Yahoo!, so Berry will now play on Yahoo! Fantasy -- the most superior platform on the market according to our sources. With the change, Berry is subjected to Yahoo! Fantasy's greatest feature: draft grades.

Don't even think about calling him a fantasy football expert after you see the marks he received. 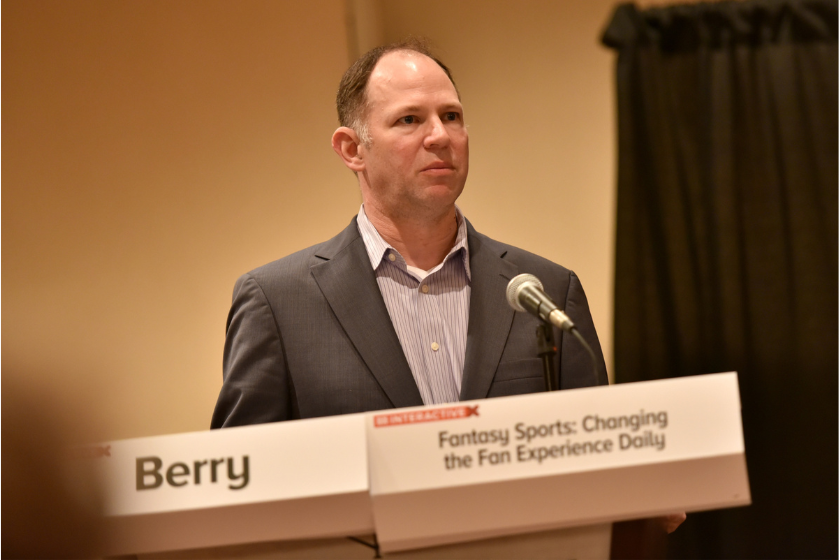 RELATED: Overlooked Fantasy Football Options Who Will Make Any Team Owner Look like a Draft Genius

Now, for those of you unfamiliar with Yahoo!, it bases draft grades on projected points and then projects where you'll finish in the league based on those points. With a laughable roster like Berry's, Yahoo! gave him a D, which is generous if I say so myself.

"Ouch! This year, running backs who only come in for third-down pass protection, receivers who set picks on the edge and quarterbacks who specialize in the QB sneak project to score the most points. Get a clue, idiot."

With a grade like that, Berry has already mailed it in before the season started.

"Rule No. 1 in fantasy football is your season lives and dies by the draft grade," Berry said. "Everyone knows fantasy is a game with little deviation and luck, so when the computers project me to finish last with a 2-12 record, what's the point?"

The biggest blow, however, comes socially.

"Conversations in the fall revolve around pretending to care about other people's fantasy football teams," he continued. "One of the few things that make it bearable is talking about your team and forcing people to pretend to be interested. It's a give-and-take. But, without a team of my own, where's the take?"

Let this be a lesson to all you fantasy football players out there. If your draft grade isn't at least an A, call it. Your season is done.