Maxx Crosby's job as a defensive end for the Las Vegas Raiders is to get past an offensive line and disrupt the opposing offense. However, since March 11, 2020, Crosby has been working to get past his own internal offensive line and tackle his alcoholism. Thankfully, the two-time NFL Pro Bowl star known for his bone-rattling quarterback hits, has had someone in his corner every step of the way. Maxx Crosby's fiancee, Rachel Washburn, not only drove him to a rehab facility in 2020, but she drives him to be a better person day in and day out.

After a senior season as captain of the Hartland High School women's soccer team Rachel Washburn made the decision to pursue a degree in sports management at Eastern Michigan University. And while she didn't expect to become Maxx Crosby's girlfriend when she arrived on campus, the college football defensive end had her heart and they began dating in 2017. Perhaps it was their defensive skills that made them such a match, as Washburn was named Defensive Player of the Year all four years as a Hartland Eagle scholar-athlete, and even earned all-county, all-conference and all-district honors during her high school career.

After graduation, Rachel moved to Oakland, following her beau, who had just been drafted by the then-Oakland Raiders in the fourth round of the 2019 NFL Draft, the same round when the San Francisco 49ers drafted a punter. Under head coach Jon Gruden, Crosby put up 10 sacks in his first season, starting in 10 games during his rookie season. But as the calendar turned to 2020, Rachel decided she was done with Crosby and his problematic drinking. In December of 2019, Rachel broke things off with defensive end Maxx Crosby and moved in with her parents in Florida. 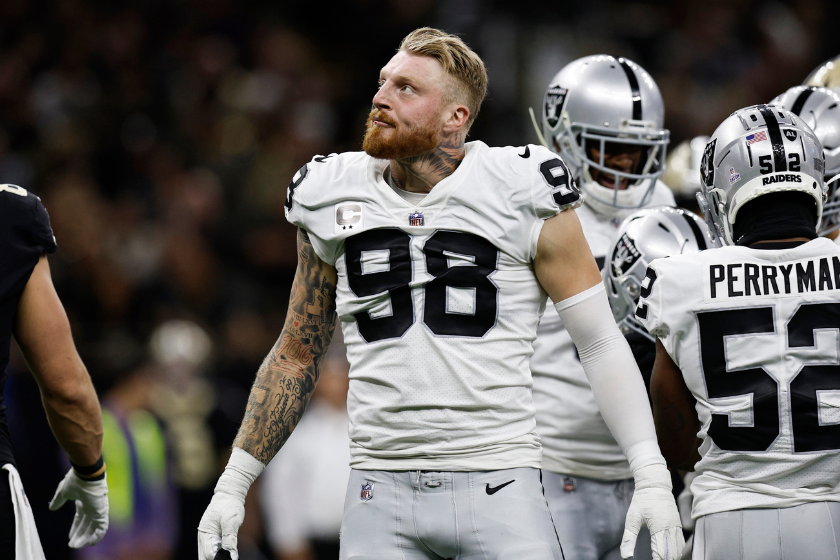 Rachel didn't notice Maxx's drinking problem until it was too late, putting up what she refers to as "relationship blinders" for a long time in their relationship. But a DUI arrest while Maxx was at Eastern Michigan shook things up.

"That was really hard on me for a long time," Rachel told Fox Sports in 2022. "I knew if he didn't get and stay sober, that could be the demise of his football."

After Rachel split up with him, Las Vegas Raiders' Crosby found himself looking for ways to get better. The first person he called was Rachel. "I need help," he said on the phone. "I have a problem."

Rachel drove to Las Vegas, and with the help of his agent, they found a rehab that would take him and the rest is history.

On March 11, 2022, the two-year anniversary of Crosby's sobriety, he signed a four-year, $98.98 million contract extension with the Raiders, jolting his net worth considerably. By his side when he signed his monster deal? Rachel Washburn, this time as Crosby's fiancee. Even more exciting, on October 13, 2022, the couple welcomed their first child, a baby girl, Ella Rose Crosby. If Crosby didn't have a reason to stay sober before, he certainly does now. You can see all of the cute baby photos on Rachel's social media accounts. Follow her at @rachelwashburn4! 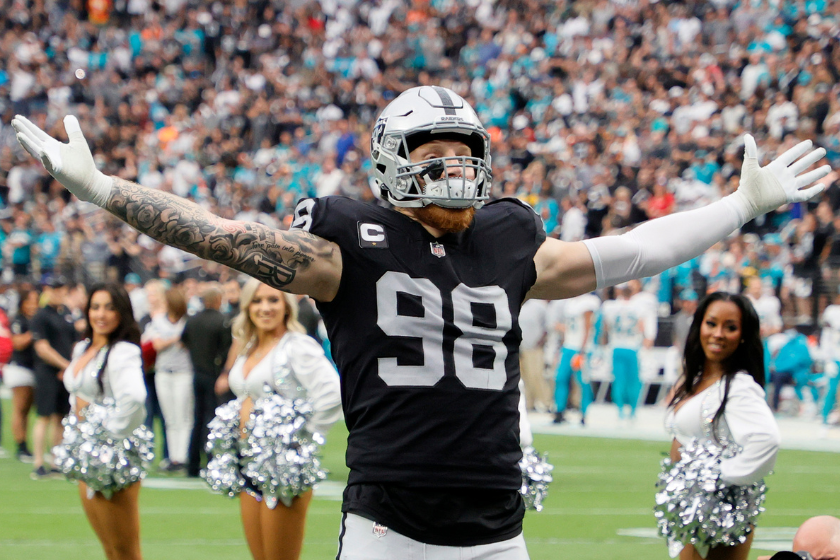 Simply put, the Raiders' Maxx Crosby is a menace to AFC offenses. Doesn't matter if it's an in-division matchup against Patrick Mahomes and the Kansas City Chiefs, Justin Herbert and the Los Angeles Chargers, or a random Monday Night Football game in NFL Week 11 against the Denver Broncos of Cincinnati Bengals, Crosby is going to bring the noise on every snap. As the Raiders appear to be moving on from the Derek Carr era, perhaps it's time to start thinking of the 2021 second-team All-Pro disrupter, as the leader of this Raiders team.

American football is a tough game, but life is also full of tough challenges. It takes a strong spirit and an unbreakable support system to keep getting up and returning to the fight every day. Thankfully for Maxx Crosby, his fiancee Rachel has been and will continue to be right there with him at every turn.