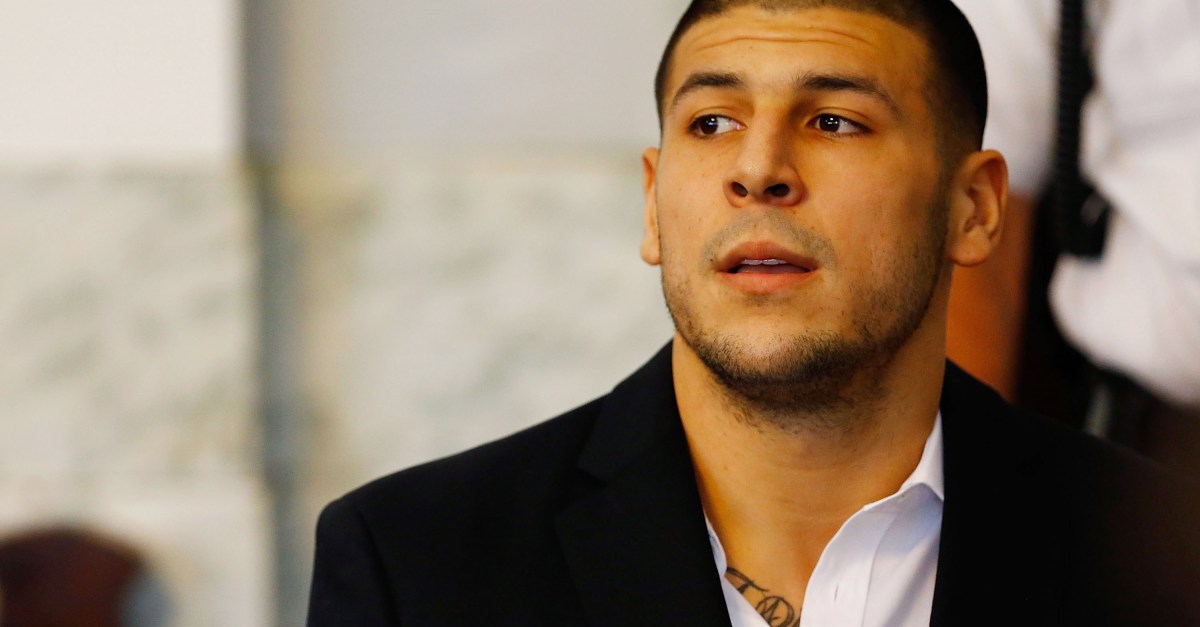 Aaron Hernandez was found hanging in his prison cell early Wednesday morning, and an autopsy confirmed initial reports that Hernandez’s death was a suicide.

Related: Sheriff speaks out on the potential of foul play in Aaron Hernandez’s reported suicide

According to Bob McGovern of the Boston Herald, there were no signs of a struggle or of foul play.

Hernandez’s family wanted his brain donated to Boston University to be tested for CTE.

Family of Aaron Hernandez is donating his brain to CTE research via Jose Baez. Will be given to Boston University CTE Unit.

Hernandez’s attorney, Jose Baez, said he would conduct his own investigation into the his client’s death because he said Hernandez never indicated anything to him about suicide.

Hernandez had just received a verdict of not guilty for a double murder. He was serving a life sentence for the murder of Odin Lloyd in 2013, but he was expected to appeal that verdict with Baez in charge of his case.

Hernandez played for the New England Patriots from 2010-2012, and he played for Florida before that where he was part of the 2008 team that won a BCS Championship.