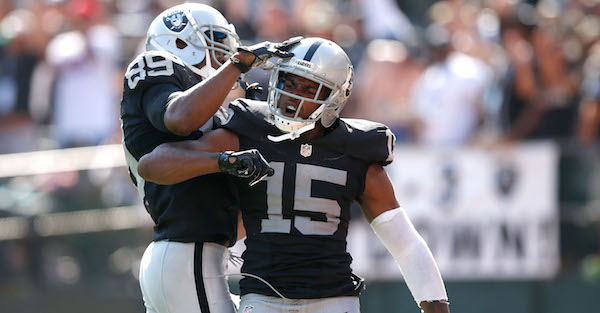 New Oakland Raiders coach Jon Gruden has a lengthy to-do list as the NFL offseason gets underway, and he apparently has plans to create some extra cap space heading into free agency.

Crabtree signed a 4-year, $34 million deal with the Raiders with nearly $17 million guaranteed, but the team has an out and could save money if they cut him this offseason. He would make $7.6 million if he was on the roster for the 2018 season, and he’d be due another $8.2 million the following year.

After one of the best years of his career in 2016 with the Raiders, Crabtree’s production slipped in 2017. He caught 58 passes for 618 yards and eight touchdowns as the No. 2 option behind Amari Cooper for quarterback Derek Carr.

Crabtree, 30, will still likely draw interest from a number of teams if he does in fact become a free agent. He isn’t a No. 1 option at receiver, but he would be a solid second option for most teams throughout the league.

Gruden likely has more than a handful of roster changes coming as he inherits a team that underperformed and finished 6-10 in 2017.