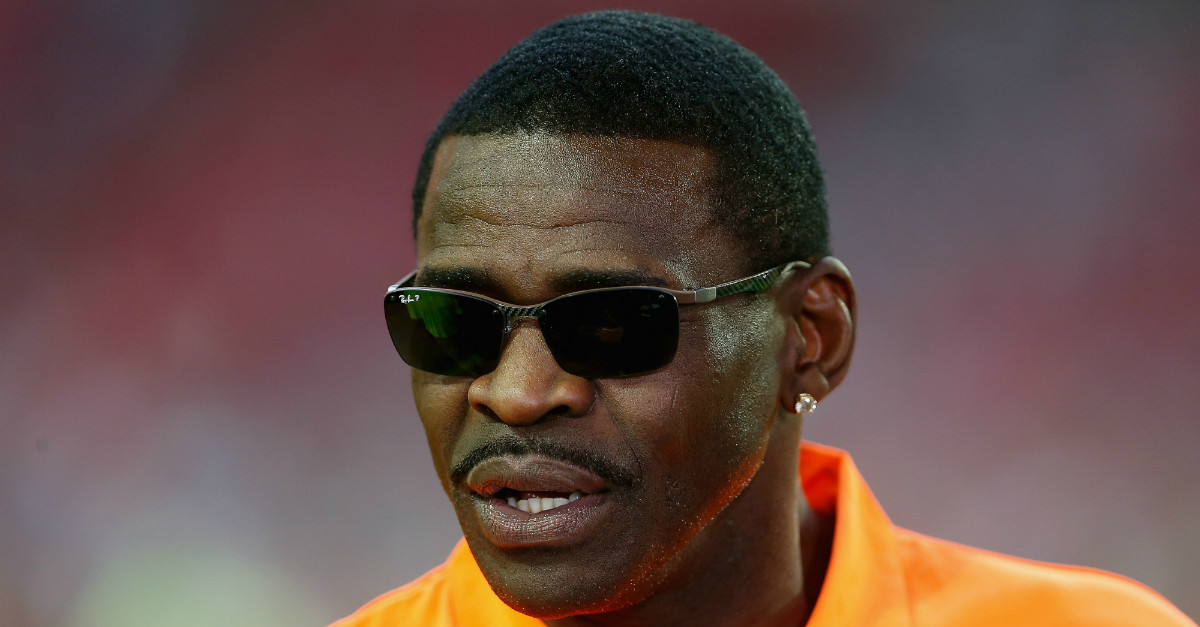 Jerry Rice has dug himself a grave that looks like it?s going to be impossible to climb out of. In an interview with ESPN on the evolution of gloves, Rice admitted to using a stickum, which is a substance that would make your gloves sticky and help make it easier to catch the ball. The problem with Rice admitting this is, stickum was banned in 1981. He began playing in 1985.

He then apologized for admitting that he cheated, but qualified it by saying ALL players used the sticky material. But fellow hall of famer Michael Irvin stood up for himself to refute Rice?s ?fact.?

“I love Jerry Rice, but that’s what everybody says, ‘Oh, everybody did it.’ That’s the oldest defense in the world,” Irvin said on WFAN. “I didn’t use Stickum. I never used Stickum, didn’t need Stickum, didn’t believe in Stickum. I wouldn’t do it. Troy (Aikman) would go off on me if I put Stickum on his footballs. You see what I’m saying?

“Stop asking me this junk. I didn’t feel like I should answer it. I have not answered one (tweet) on it.”

Irvin used a very harsh, but true example as to why Rice’s defense as to why he used it is trash, and he couldn’t be more right.

“It’s almost like — and I hate to get this harsh — if Aaron Hernandez starts saying ‘Well, Michael murdered some people,’ don’t start asking me did I murder somebody,” Irvin said. “You know darn well I didn’t murder anybody.

“Just because somebody threw it out there — leave me alone with that mess. Get off my Twitter with that.”

I don’t know how Rice is going to remedy this situation. He’s dug himself a hole, now he has to sleep in it.