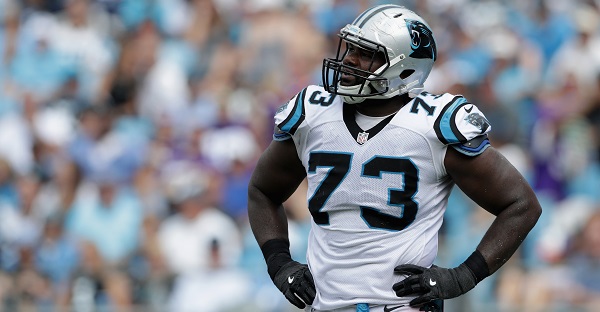 Michael Oher is best known for his role as the basis behind “The Blind Side” but the veteran offensive lineman is about to enter his ninth season in the NFL. With that as the backdrop, Oher posted a picture to his Instagram account that has the entire football world talking and it isn’t ideal by any stretch of the imagination.

This is the picture Michael Oher posted and deleted. A scary amount of pills. pic.twitter.com/s2mWxQETVU

As noted, Oher quickly deleted the post but it is objectively troubling to see him evaluating what appear to be massive quantities of medication. It is worth noting that Oher missed the majority of the 2016 season as a result of concussion-related absences and his caption of “all for the brain” could be telling in that regard.

In the aftermath, many people reached out to Oher to express concern, including long-time NFL offensive lineman Eugene Monroe.

@MichaelOher been there bro. I'm still dealing with issues from my concussion on a daily basis. Praying you are lead to do the right thing

Even fans and people that aren’t directly invested had thoughts for Oher on the subject.

Without full context of what pills Oher is taking on a regular basis and without full access to his medical history, it is irresponsible to speculate as to specifics. Still, the reaction was swift and Oher’s personal history when it comes to missing games for concussions is public record. This is something that NFL players must deal with but, in this case, Oher briefly made it available to the world.