When Trevor Lawrence's name was called in the 2021 NFL Draft, he kissed his girlfriend. Nobody batted an eye. "Aw, so sweet," fans at home thought to themselves.

When Michael Sam's name was called in the 2014 NFL Draft, he kissed his boyfriend. Outrage. Controversy. Hatred. "I don't wanna see two men kiss," fans at home thought. Except many said that out loud. Wrote it on social media. For the whole world to see. Showing who they are.

It's been more than eight years since that kiss took place. In that time, Carl Nassib has made history as the first openly gay active NFL player. Other former NFL players have come out, including Ryan O'Callaghan and Ryan Russell, who came out as bisexual in 2019. The kiss was important for many reasons, one of which was changing the way the NFL looks at and accepts that many of its players fall somewhere in the LGBTQ+ spectrum. Still, there's so much work to do.

The Kiss That Changed the NFL

RELATED: Katie Sowers Became the First Openly Gay Coach in Super Bowl History, But Where is She Now?

Michael Sam was just like any other player who had his dream realized. He cried, a lot. He planted one (a few) on his then-boyfriend, Vito Cammisano. It was exactly what so many other draftees do when they get that magical phone call.

But it wasn't just another smooch. It was so much more than that. It brought queerness into the home of millions of NFL fans' homes, something they're not used to, which is why it was uncomfortable for so many. It showed kids all around the world that you can be gay (or any other sexuality) and belong in the NFL.

Visibility matters. It matters to the closeted high school football player who feels awkward in the showers or anxious when teammates talk about girls. I know this because I was one of those kids who grew up needing someone like Sam or Nassib to show that people of the LGBTQ+ community can play even the most masculine, rah-rah sports at the highest level.

Michael Sam was the first openly gay player to be drafted. He's a pioneer, even if his career with the St. Louis Rams and Dallas Cowboys was limited to preseason games. Sam's story encouraged other players to come out. Nassib's own story lead to a commercial I thought I'd never see from the NFL.

The NFL is Gay, and It Always Has Been 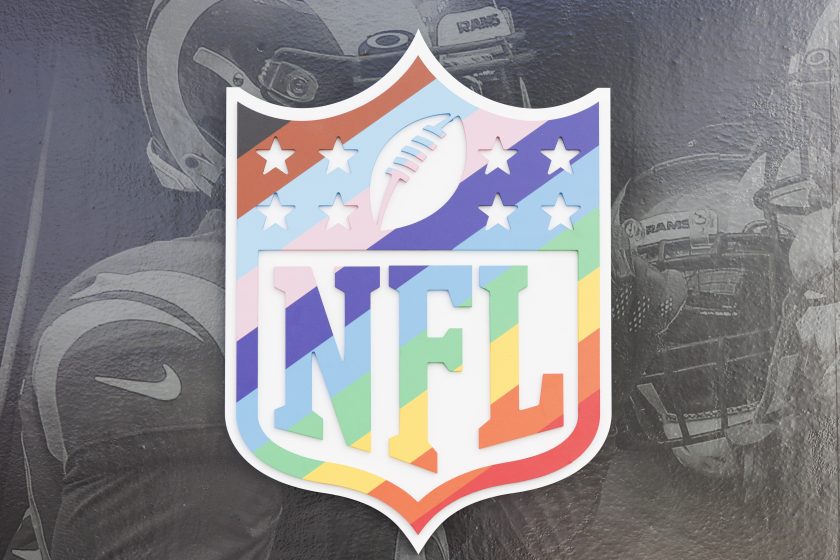 The NFL is gay. It literally said so.

Last year after Nassib came out, the NFL released the "Football is Gay" commercial. It stated things like "football is gay" and "football is queer." The gays do love a good reclamation story, so calling something gay falls right in line there.

The reality is that football has been gay for quite some time. Dave Kopay and Jerry Smith were something of trailblazers in that regard back in the '60s and '70s. There's also Roy Simmons and Jeff Rohrer and Esera Tuaolo and many more, too. And those are just the players who came out. Who knows how many others are out there?

Sam's kiss felt like the first moment that encapsulated all of those guys. While Kopay and Smith had to hide their teammate hook-up experience from the world, finally here was a player who wasn't afraid to do what was surely going to make people at home uncomfortable. And it needed to be done.

To those who found themselves saying, "I don't want to see two men kissing on TV," ask yourself why? Why did that make you uncomfortable? Because you're not used to it? Because the bible (according to your interpretation) says it's wrong? What if that was your child or a family member? Would you still feel the same way? Why are you cool with seeing a man and a woman express their love but not two men? Even if it made you slightly uncomfortable, I implore you to get out and make friends that are different than you, ones who understand the plights of being gay that live in a world that doesn't care about them.

The same crowd that says "who cares?" if Michael Sam is gay and "just play football" is the same crowd that does care and had an issue with him kissing his boyfriend on national TV. But that's why it was important. People don't want to see it? Too bad. You don't see gay people wining about Cinderella and Prince Charming or any other classic straight couples in movies and shows. That will be the norm.

More and more players besides Nassib will come out, but only if they feel comfortable. It's up to the players and coaches who make up those locker rooms to make sure they can do so safely. 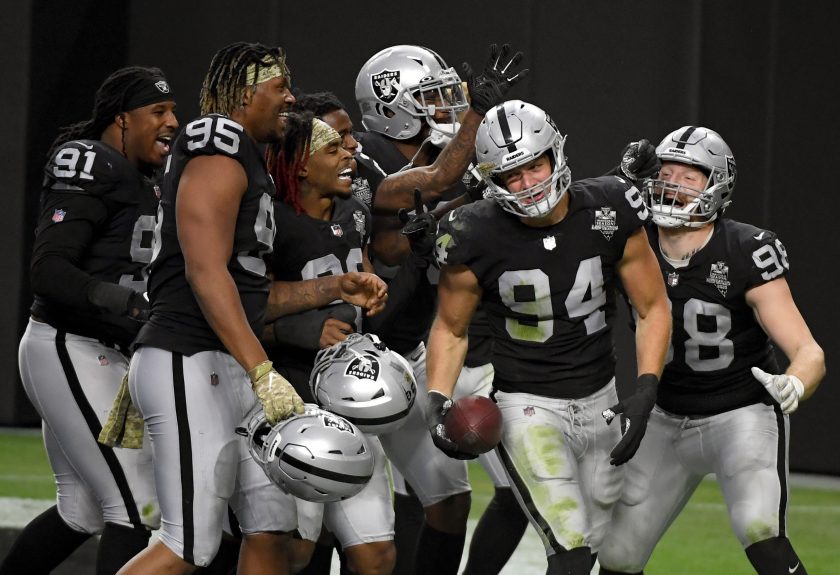 That "Football is Gay" commercial featured a noteworthy stat: LGBTQ+ youth with at least one accepting adult in their lives have a 40 percent lower risk of attempting suicide.

Maybe if Ryan O'Callaghan, the ex-Patriots offensive lineman, had just one teammate who was openly an ally during his career, he wouldn't have planned to kill himself once his career was over.

But unfortunately, there are still a lot of bigoted players.

When Sam planted that kiss on his boyfriend's lips, those players spoke out.

"I'm sorry but that Michael Sam is no bueno for doing that on national tv," former Super Bowl champion Derrick Ward tweeted.

"Man U got little kids lookin at the draft. I can't believe ESPN even allowed that to happen," he also tweeted.

Man, I guess I missed the memo that only straight people can kiss?

At the time, Miami Dolphins safety Don Jones also tweeted the kiss was "horrible." He deleted those and apologized.

These two players are far from the only ones who've been openly homophobic. When the San Jose Mercury News reported that Artie Lange asked San Francisco 49ers defensive back Chris Culliver if there were any gay players on the team, Culliver responded by saying, "No. Ain't got no gay people on the team. They gotta get up outta here if they do. Can't be with that sweet stuff." 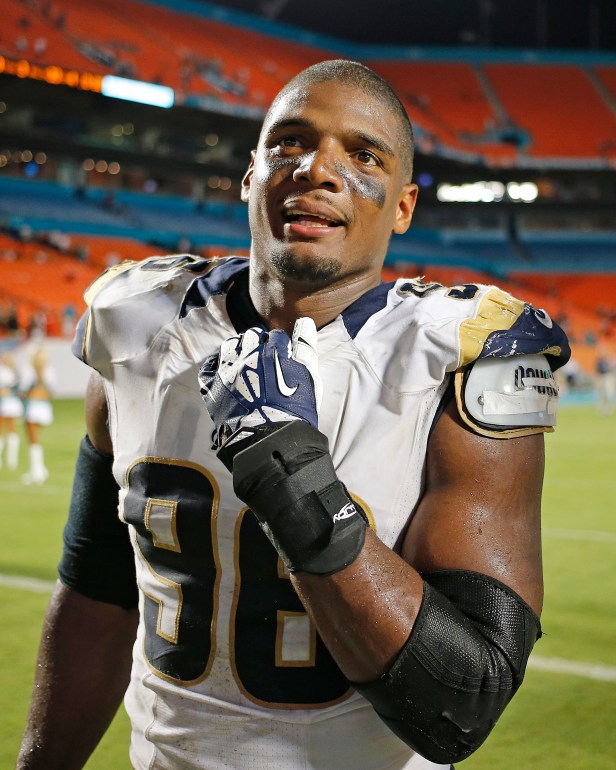 And it's not just teammates. Coaches are responsible, as is ownership. Anyone else in between, too.

I mean, imagine how Carl Nassib felt playing for Jon Gruden, the same guy whose emails revealed he called Roger Goodell and Michael Sam homophobic slurs? Or that, according to an ESPN poll of 51 players in 2014, 32 said they had teammates or coaches who used homophobic slurs just in the last season. How does that shit even slide?

Obviously, things won't change overnight. A commercial won't magically change things. Many out former players have said the league needs a high-profile athlete to come out to really change the way the world looks at gay players in the NFL (and major pro sports, in general). Think about how Jackie Robinson was able to break baseball's color barrier (though I'm not trying to compare the two instances). He was so good that he couldn't be denied, and he endured so much in doing so.

Look at how far we've come even in the last 10 years though. From Michael Sam's kiss to Carl Nassib's coming out, it's only a matter of time before more and more players are out. Soon, two men kissing at the NFL Draft or after a game will be just another happy moment. Becuase that's exactly what it always has been anyway.

MORE: The 14 NFL Players Who Came Out After Their Playing Careers