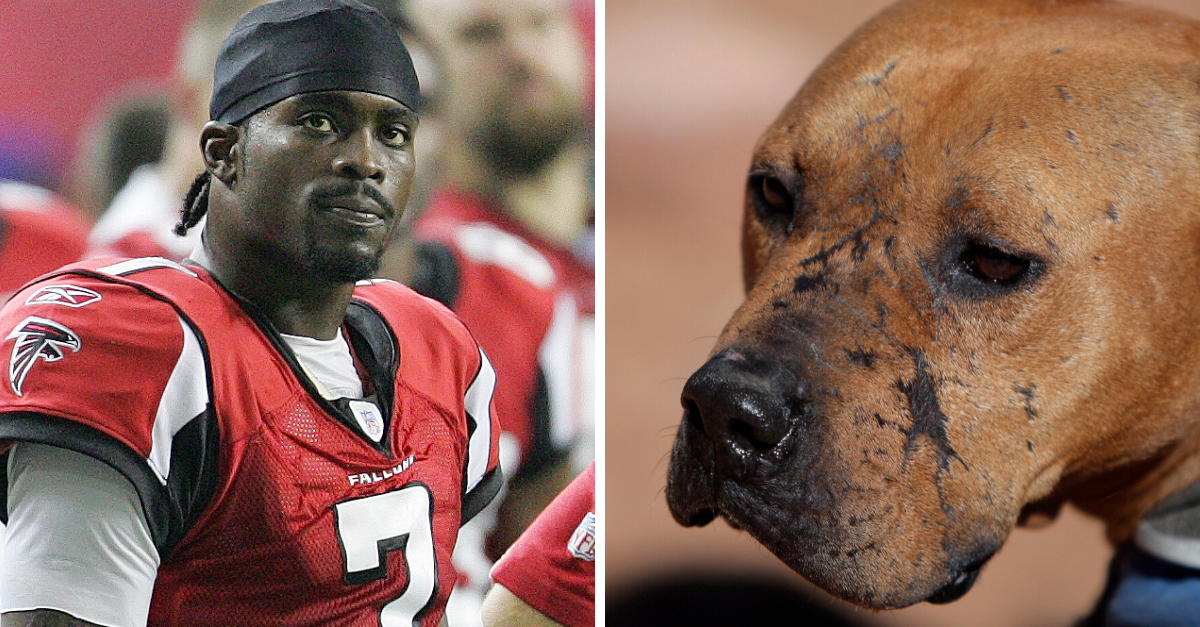 An infamous dogfighting ring operated on Michael Vick’s property was named one of the stories of the decade in the early 2000s. Before Bad Newz Kennels was exposed and Vick’s private life was revealed, the Atlanta Falcons quarterback redefined his position. A powerful left arm paired with unrivaled speed, the No. 1 overall pick of the 2001 NFL Draft re-wrote the record books and reached three Pro Bowls in four years.

Then, Vick’s life crumbled in 2007. The star QB and three men — Purnell Peace, Quanis Phillips and Tony Taylor — were indicted on multiple state and federal charges, including dog-fighting, gambling and drug trafficking. The tip of the iceberg was only showing, and the facts of the case will never be forgotten for so many.

The horror stories were wild. The group would “train and breed pit bulls” on Vick’s property, then transport them across state lines to participate in dogfighting events. The group was found to be “destroying or otherwise disposing of dogs not selected to stay with the ongoing animal fighting venture.” Dogs not able to fight “were killed by various methods, including hanging and drowning.” There were 54 American pit bull dogs recovered from the dogfighting operation, some of which were sent to the Best Friends Animal Society in Utah. Other fighting dogs were placed in foster care and adopted. A few were euthanized due to their aggression.

Vick pled guilty to illegal dogfighting in Surry County Circuit Court and was sentenced to a 23-month federal prison term in Leavenworth, Kansas. Vick was required reimburse the Atlanta Falcons almost $20 million as his behavior was deemed a breach of his contract. Vick filed for bankruptcy in July 2008. Hundreds of the football player’s jerseys and t-shirts were sent to the Atlanta Humane Society and were used as bedding and to clean dog kennels.

After being released from prison, Vick was awarded a second chance in the NFL when the Philadelphia Eagles signed him to a one-year deal in 2009. Vick made his first start in nearly four years in 2010, which thrust him back into stardom. The Eagles QB was named NFL Comeback Player of the Year and made the Pro Bowl after throwing for 3,000 yards and 21 touchdowns, plus adding 676 rushing yards and nine scores on the ground.

Vick received a six-year, $100 million contract with $36 million guaranteed in 2011. He appeared in 45 games over the next five years before retiring after the 2015 season.

In case anyone forgot about what this piece of shit has done…. I’m aware he went to prison; Fine. But he doesn’t deserve to be “honored”, let alone have a career playing a professional sport. Please sign and share. Thanks. #AnimalAbuse https://t.co/YUVmko01P3

The NFL quarterback’s sins for killing dogs haven’t worn off more than a decade later. Casual fans and die-hard NFL fanatics alike still cannot forgive the iconic QB for what he did to those animals, and after Vick was named a Legends Captain for the 2020 Pro Bowl, several online petitions were launched demanding he be removed.

“Just saw this on Facebook and was absolutely disgusted. When is the NFL going to take any responsibility for the behavior of it’s current and former players? To honor a man who had zero regard for animals is unacceptable and I would like your help to make sure he is NOT honored at the 2020 NFL Pro Bowl.”

Another petition launched on AnimalVictory.org picked up even more steam since the late November announcement. According to the petition page, letters were sent to the NFL, ESPN and Walt Disney demanding Vick’s removal.

At the time of original publishing, this petition had over 280,000 signatures.

“There are dozens of upstanding men involved in the NFL who have worked to be great role models for young people. Men who have dedicated their lives to being the very best athletes possible, while managing to stay on the right side of the law. Why has the NFL chosen a convicted felon to be given an honorary position in the 2020 Pro Bowl?”

It’s unclear if the NFL will cave and remove Vick after the resurgence he had following his release from prison. Vick was a captain in the experimental American Flag Football League, and he currently works as a television analyst for Fox Sports.

Vick’s on-field legacy may be signed, sealed and delivered to the Pro Football Hall of Fame, but off-the-field issues will never be forgotten, especially by those who remember how cruel and despicable the animal cruelty and animal abuse at Bad Newz Kennels really was.

UPDATE (December 9, 2019): Of the four petitions mentioned above, the combined number of signatures eclipsed one million people just days after going live, with thousands more coming every day.

Vick is still in line to be a Pro Bowl Legends Captain.