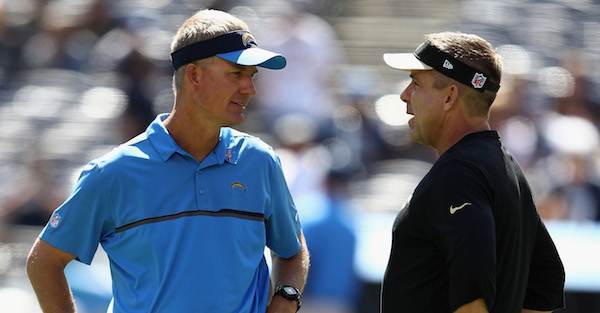 McCoy goes to the Cardinals, while Darrell Bevell will now interview tomorrow with the #Vikings https://t.co/4XKTJKNRql

McCoy had previously served as the head coach of the San Diego (now Los Angeles) Chargers from 2013-16 and finished with a 27-37 overall record, which included consecutive last-place finishes in the AFC West.

The coach took over as the Broncos’ offensive coordinator prior to the 2017 season, but was fired after the team suffered a six-game losing streak in November.

Bevell spent the past seven seasons working as Seattle’s offensive coordinator, which included winning a Super Bowl in 2013 and winning back-to-back AFC championships from 2013-14.

He had previously worked as the Vikings’ offensive coordinator from 2006-10.