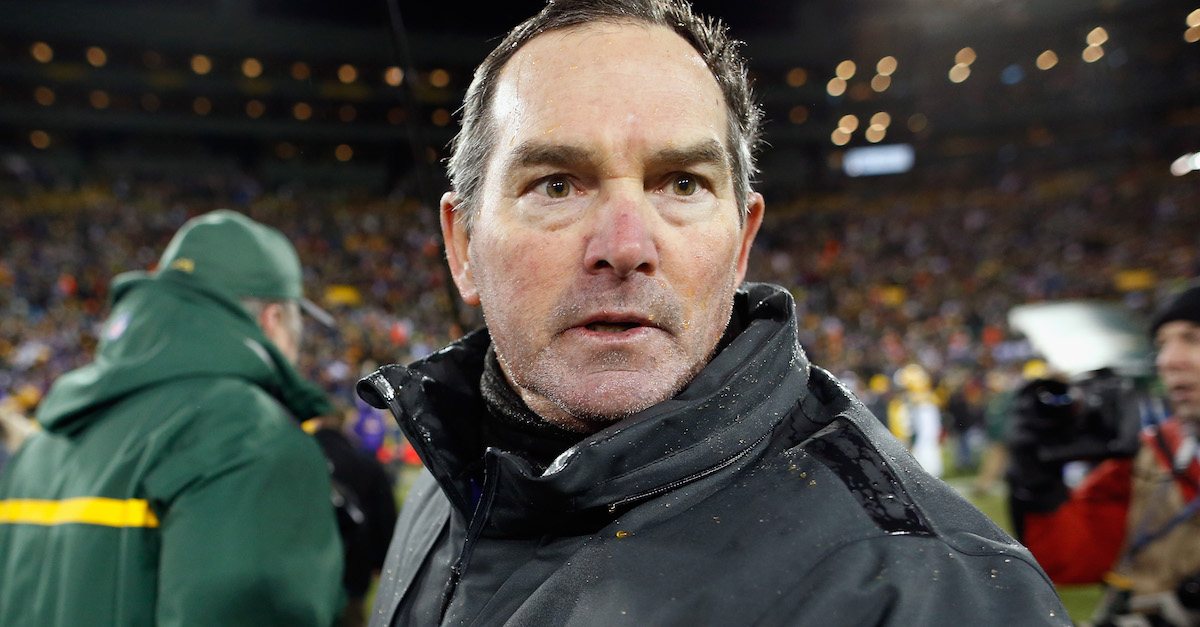 Minnesota Vikings coach Mike Zimmer believes that if the franchise chooses the wrong gunslinger, he will be fired.

Zimmer: if we don’t pick the right QB, I’ll probably get fired

That’s likely Zimmer being a wee-bit hyperbolic, with his tongue firmly implanted in his cheek, but stranger things have happened.

The Vikings, who have three capable quarterbacks on their roster, are expected to move on from at least some of them. Whether that’s by trade or release or whatever, is not yet known. It is also been rumored that Minnesota is in the Kirk Cousins sweepstakes — which is apparently a thing.

Minnesota has a good defense, with an offense that has a ton of excellent players at receiver and running back. The Vikings also have an improved offensive line.

Basically, the Vikings are great in some areas, then they are good in others, and the only potential question mark the franchise could have heading into next season is the quarterback.

With the NFL Draft quickly approaching, deals are likely to be made by a variety of National Football League teams. While no one expects Minnesota to draft a signal-caller, an NFL world post-draft will likely clarify who will be manning the helm behind center next season for the Vikings.