Miraculous recovery: Months after being shot twice in the head, this WR is doing the unthinkable 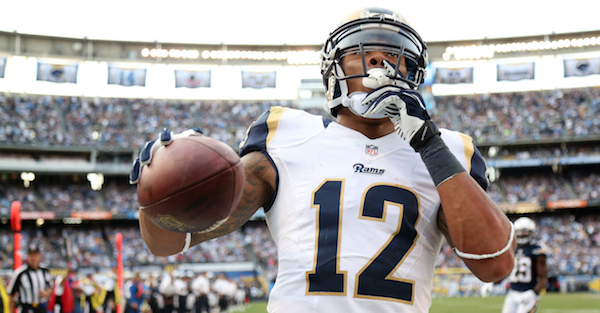 Related: Rams wideout hospitalized after being shot in the head

#Shoutout my good homie @frampcamp out here in LA getting me tight w/ some fine tuning. Real thorough solid dude 100. Y'all give him a follow.

In a matter of months, Los Angeles Rams wideout Stedman Bailey went from being laid up in a hospital after being shot twice in the head to running routes on the football field.

He spent more than a month in intensive care after he was shot in the head twice while sitting in his car.

Bailey, a a 2013 third-round selection, is working his way back to the field and is making incredible progress judging by these videos from his Instagram profile.

Fine tuning… One day at a time

Judging from his progress thus far, it wouldn’t be out of this realm to see him one day back on the gridiron.