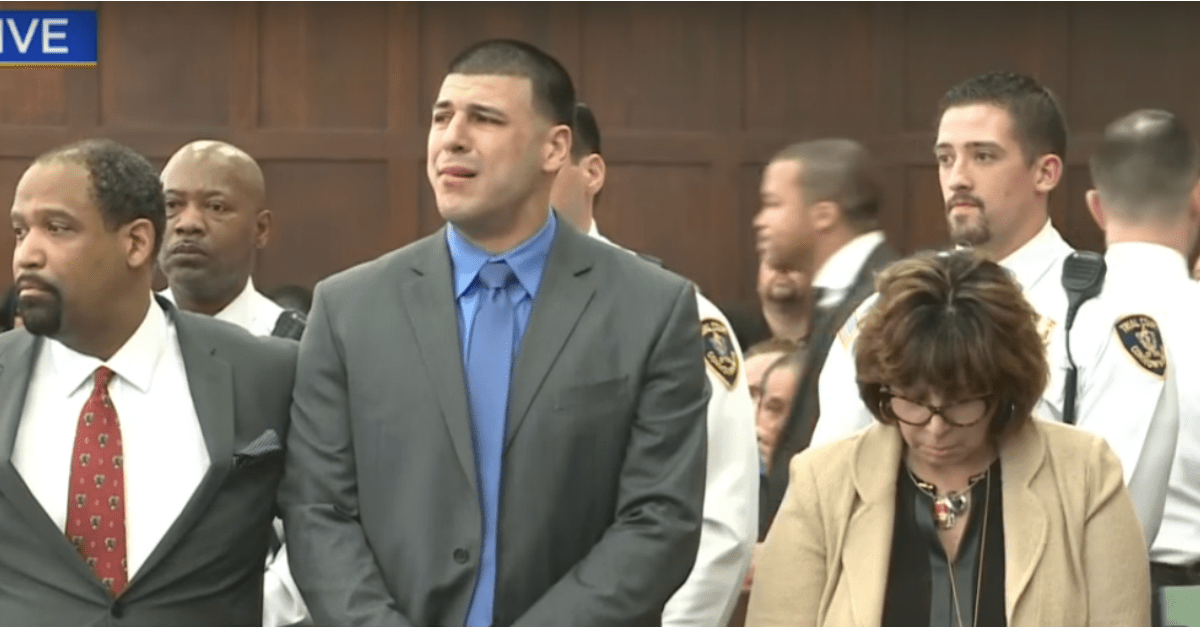 Aaron Hernandez used his own blood to scrawl on a prison wall and drew some odd symbols as well, according to WCBV-TV, the ABC affiliate in Boston.

The television station reported the drawings were an unfinished pyramid and an all-seeing eye of God, much like what’s seen in the back of U.S. currency. The word ILLUMINATI was written under the pyramid in all caps it also letters, the TV station reported.

The term illuminati, according to the dictionary definition, means “people claiming to possess special enlightenment or knowledge of something.” In popular culture, the illuminati it thought to be a series of hidden elites that secretly run and influence the world.

Hernandez killed himself in his cell last week after he was acquitted of a double murder. He was still serving a life sentence for killing Odin Lloyd.

In other developments, Hernandez’s 7,000 square foot home is for sale and his fiancé is trying to unload it .

Massachusetts officials say the North Attleboro estate, which Hernandez purchased after he signed a $39.5 million contract for extension with the New England Patriots in 2012, is worthless, and valued the property at zero.

According to USAToday, a probable court gave Hernandez’s fiancé, Shayanna Jenkins Hernandez, permission to sell the estate, and NESN reported she had an offer for an undisclosed sum. The home had been on the market for $1.29 million.

A portion of the money from the sale is expected to go to Ursula Ward, who won a wrongful death lawsuit against Hernandez after he was convicted of murdering her son, Odin Lloyd, in 2013.

Hernandez, the former pro and college star, killed himself in prison last week after being found innocent in a double murder trial.