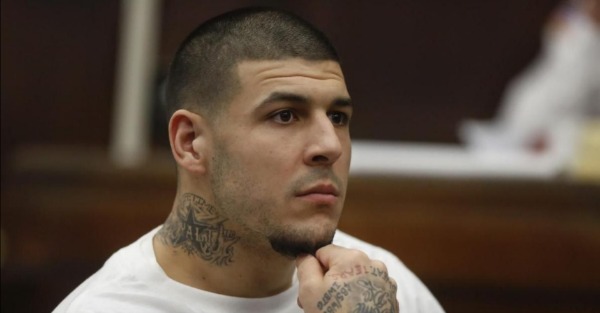 Prison isn’t easy — it’s not supposed to be — but new details have emerged that show how hellish it was for the disgraced football star Aaron Hernandez.

Some of his transgressions are well know. He fought with inmates, acted as a lookout for fights, and verbally — and profanely — abused guards. He was busted with a six-inch shiv. He racked an astounding 78 disciplinary offenses during his nearly two years at the Souza-Baranowski Correctional Center in Shirley, Mass. Most of the incidents took place in the first three months of incarceration, according to a report in USAToday.

All of this information comes from hundreds of pages of public records that detail his life behind bars. But now, Yahoo Sports has uncovered some additional tidbits.

The fact that Hernandez had fights behind bars has been well established, but the Yahoo report adds detail that goes to the intensity of the battles.  Hernandez was treated for cuts, bruises and reddened fists, and the fights were so brutal guards had to use mace to pull the inmates apart. He and an inmate, angered with each other, once spit at each other.

Hernandez, according to Yahoo, also complained about the ultimate indignity — body cavity searches.

Hernandez, while awaiting trial in the Odin Lloyd murder, was on Disciplinary Detention Status for 30 days because he got caught using a fishing line to pass notes to other inmates, and threatening to beat up a guard. As part of the punishment, he lost his commissary privileges. During this time, and by mistake, Hernandez received a package full of food, including two dozen Honey Buns. Hernandez knew the guards would take the items, so the former Florida Gator sat in his cell and ate as many of the Honey Buns as he could. He devoured 20 of them before the guards found him out and confiscated what was left.

“I’m a smart dude,” Hernandez told Major James Lancaster, according to a jail incident report as reported by Yahoo. “I knew you’d be coming for this stuff … that’s why I ate as much food as I could.”

Hernandez committed suicide at age 27 just days after he was found not guilty in a double murder case. He was still serving a life sentence for killing his friend, Odin Lloyd.