Near 30-year old Cowboys record has officially been broken 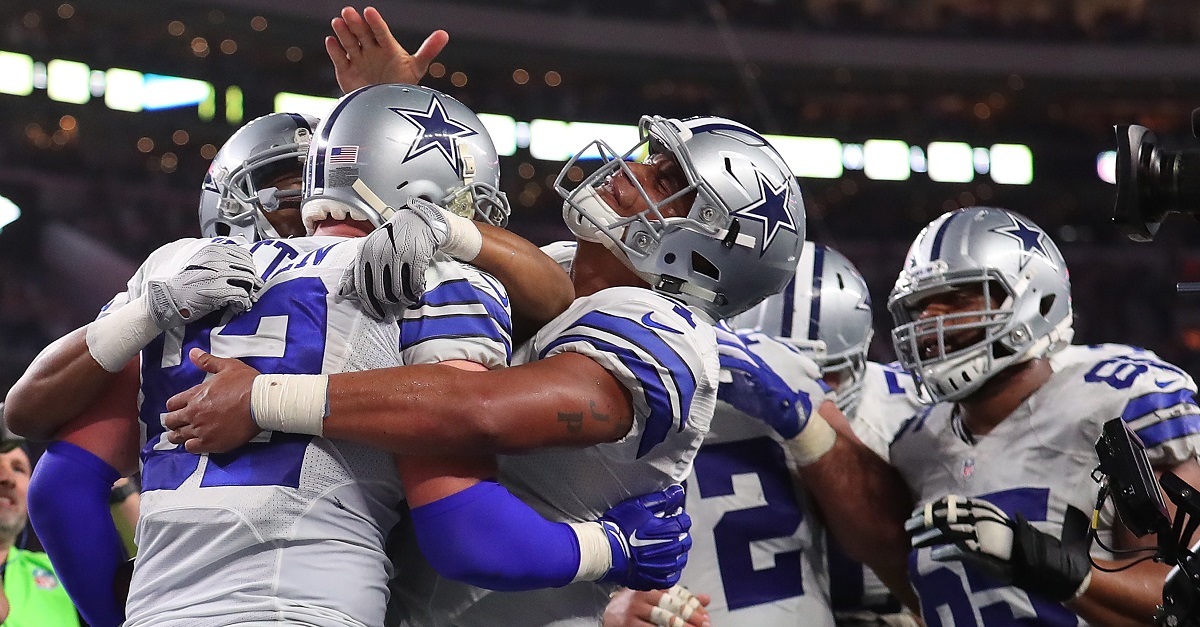 For a decade and a half, Jason Witten has been a staple in the Dallas Cowboys offense. He’s seen Quincy Carter, Vinny Testaverde, Drew Henson, Drew Bledsoe, Tony Romo, and finally Dak Prescott come through and play the quarterback position for Dallas.

Witten has been there through thick and thin while continuing to hurt the NFC East as one of the game’s best tight ends.

One day, Witten will be enshrined in Canton, Ohio in the Pro Football Hall of Fame. And, on Sunday, he added another impressive bullet point to his resume.

A game against the Denver Broncos was marked down as the 225th of Witten’s long, illustrious career. It broke a tie with Ed “Too Tall” Jones for the most in Cowboys history.

Earlier this week, Witten opened up to the Star-Telegram about his career in Dallas.

?It?s certainly flown by. I think it?s been a collection of years on this journey,” Witten said. “You continue to try to get better and better and better, stay focused on that and next thing you look up and you accomplish something like that. So many great football players come through this organization, the right type of guys, tough mentally and physically. To be able to reach something like that, I?m appreciative of it.?

When Tony Gonzalez finally hung up his cleats after 2013, he retired as the greatest tight end in NFL history. By the time Witten calls it quits, maybe he’ll close the gap on Gonzalez in that debate.