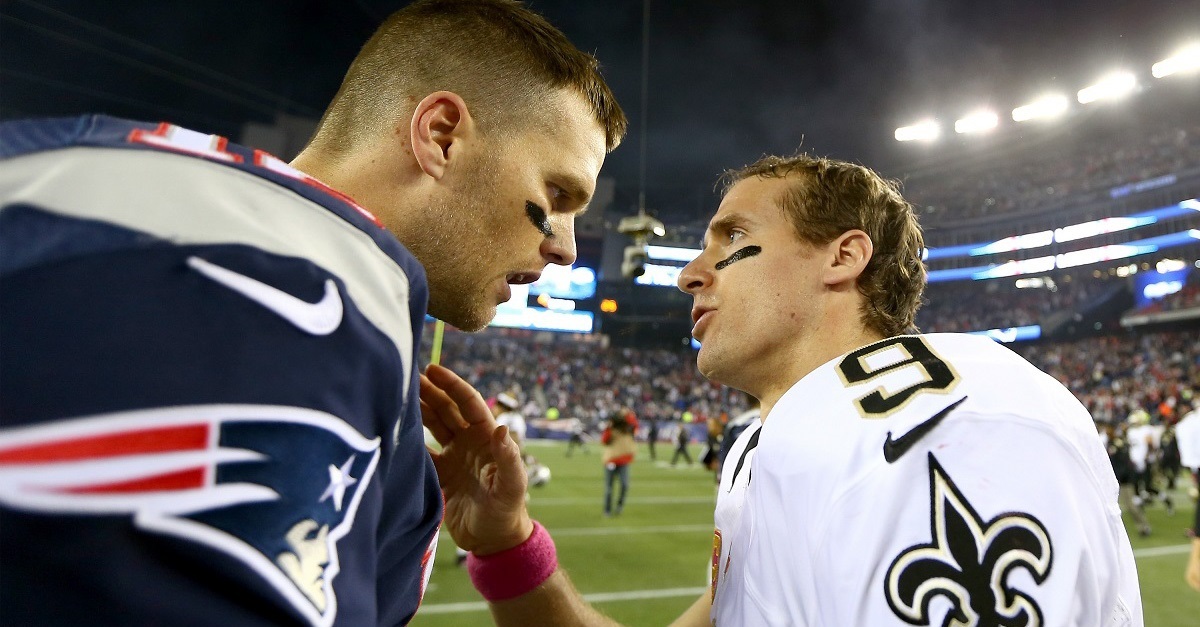 Although many had already assumed New England Patriots quarterback Tom Brady was the NFL’s Most Valuable Player this season, a recent photo posted on Twitter may have officially confirmed Brady as the MVP.

The picture shows a person likely affiliated with the NFL or the Patriots holding a document with the words “[B]rady Acceptance Speech” at the top of the letter:

NFL MVP will be awarded this weekend, but someone was carrying Tom Brady's acceptance speech in plain view of media during Pats presser today…. pic.twitter.com/Oxo2DUKSyJ

While it may not come across as news that Brady will be this year’s MVP, the NFL likely would have wanted the suspense to last until the awards are officially announced Saturday night at the annual NFL Honors event.