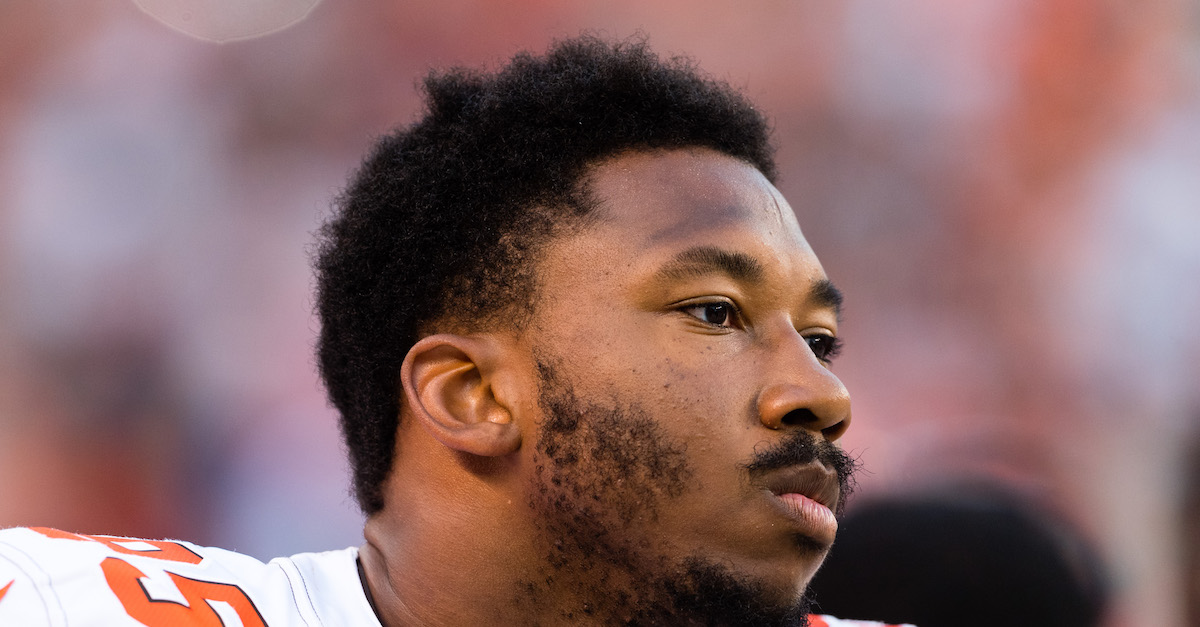 The Cleveland Browns will be without No. 1 overall pick Myles Garrett as they start the season Sunday against the Pittsburgh Steelers.

UPDATE: Myles Garrett has been diagnosed with a high ankle sprain. His status will be updated in a couple weeks. pic.twitter.com/YvBM4HXnPc

Garrett injured his right ankle during practice on Wednesday.

Browns DE Myles Garrett injured his ankle during practice today and was not able to finish, HC Hue Jackson said.

Related: Cleveland Browns will pay Brock Osweiler $15.2 million to play for another team this season

According to Cleveland.com, Garrett could miss four or more weeks with the injury. Garrett sprained his left foot earlier in camp, and that injury sidelined him for a few weeks.

Last season at Texas A&M, Garrett sprained his left ankle that bothered him throughout the season.

It’s a difficult loss for the Browns, who needed Garrett as the prepared to take on Ben Roethlisberger and the Steelers’ offense.