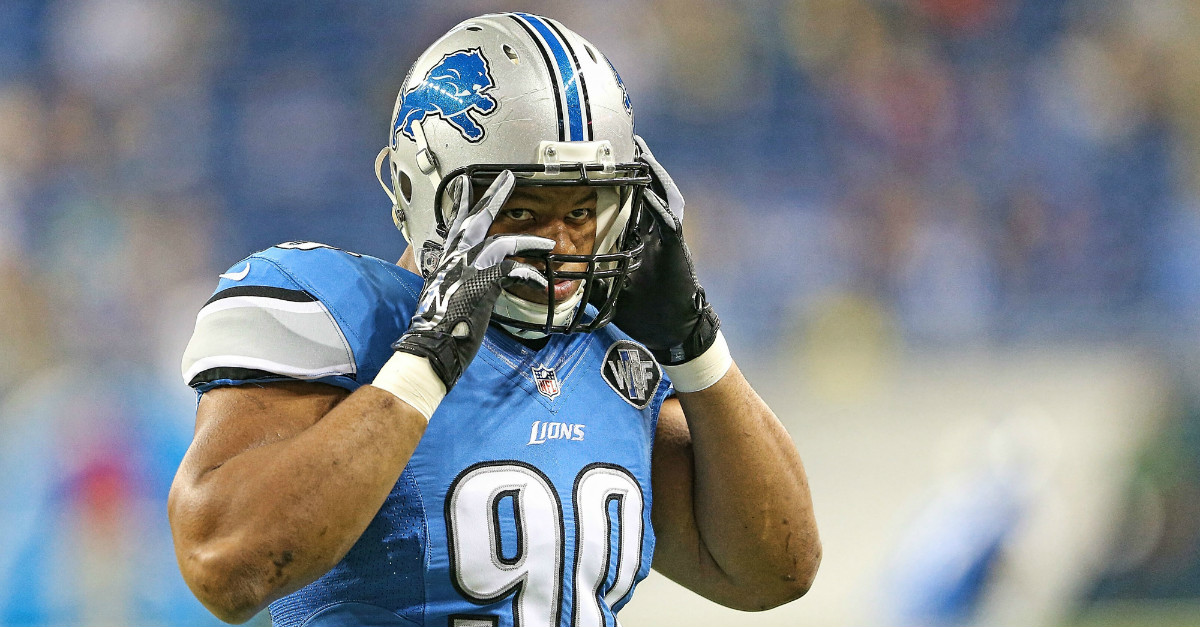 The Miami Dolphins picked up the prized free agent this offseason when they signed former Detroit Lions DT Ndamukong Suh to a six-year, $114 million deal with $60 million in guaranteed money. But he never thought that he would end up playing for the Dolphins. That’s because Suh thought the Lions were going to re-sign him.

“I thought at every single point through the process that I was going to be in Detroit,” Suh said in an interview with the Detroit Free Press.

After the Lions wisely declined to use the franchise tag on Suh, the team offered him a six-year, $102 million contract with $58 million in guaranteed money. That offer would have made him the highest-paid defensive player in the game, but it’s still lower than what Miami offered.

Suh says he felt that he was going to remain a Lion until late in the process when the team didn’t do enough to keep him on the roster.

“Even after they didn’t do the franchise tag and I spoke to Mrs. Ford after that piece, I still felt just a great, great chance of me still being in Detroit,” Suh said. “So, it wasn’t until really, really late, late in the process is where I was like, ‘Wow, I got to, I actually got to start thinking outside of Detroit.'”

The defensive tackle says it was a huge misconception that he wanted to leave Detroit. That couldn’t be further from the truth, Suh says. If Detroit would have matched the offer — it seems like at least — he would’ve remained in Detroit.

“There is no question that it’s a huge misconception that I didn’t want to be [in Detroit],” Suh said. “I’ve always wanted to be here, especially growing up (as a person) here, being drafted here and having such a huge warm welcome. I think anybody would be crazy not to want to be at a place that they’re superbly embraced.”

Ultimately, it came down to which team was going to offer the most money. Miami did and that’s why Suh is a Dolphin. Can you really fault a guy who wants the most money possible in order to provide the most for his family?