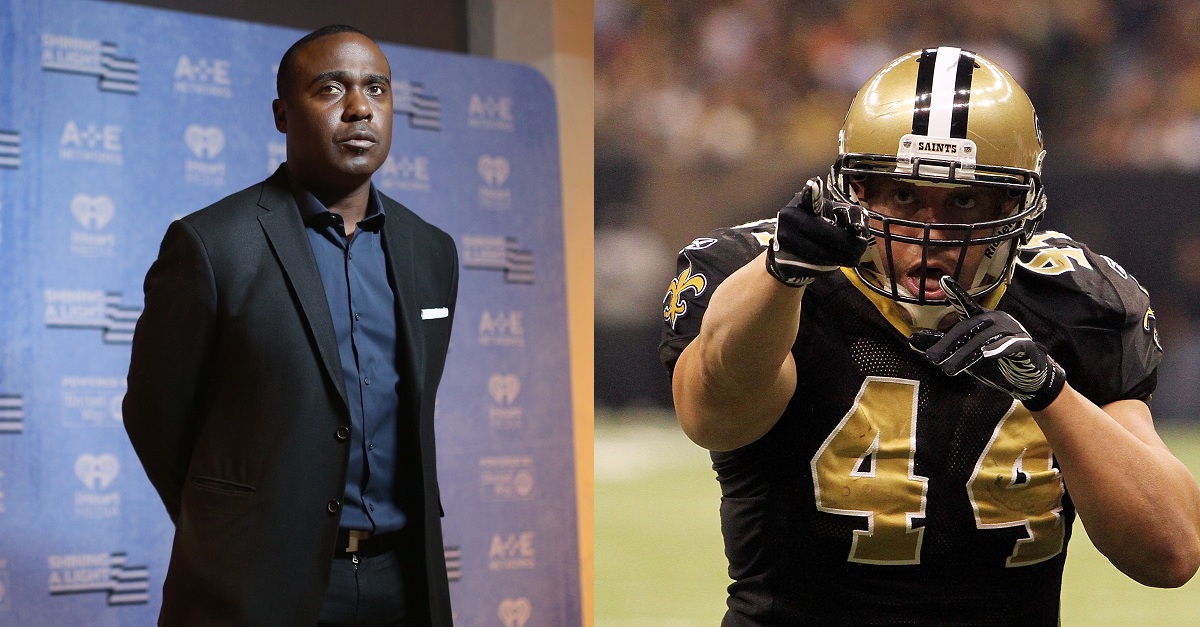 The NFL Network has been hit with a huge scandal that encompasses a former executive as well as a handful of current and former players.

This is according to Scott Soshnick of Bloomberg, who tweeted the news and also provided more context online:

A former executive producer at the National Football League?s TV network and ex-players including Marshall Faulk and Heath Evans allegedly groped and made sexually explicit comments to female colleague Jami Cantor, according to an amended complaint by Cantor, a former employee.

The allegations against the retired players and Eric Weinberger, who?s now president of sports commentator Bill Simmons?s media group, are part of a lawsuit against NFL Enterprises in Los Angeles Superior Court. The amended complaint filed Monday detailed specific acts of harassment by several individuals who aren?t named as defendants.

The Bloomberg article is jam-packed with alleged incidents including nude photos, rude comments, invasive questions and videos, all of which Cantor was reportedly subject to during her time with the NFL Network.

A TMZ report of the law suit included more heinous details, including accusations against Marshall Faulk that he had “pinned [the] Plaintiff against a wall, demanding oral sex while he pulled his pants down.”

These are serious allegations and due process is vital in these instances, but the NFL Network has already gotten ahead of this by suspending Faulk, Ike Taylor, and Heath Evans.

Statement from @nflnetwork:
“Marshall Faulk, Ike Taylor, and Heath Evans have been suspended from their duties at NFL Network pending an investigation into these allegations.” #sportsbiz

Per Bloomberg, the former players have been suspended pending an investigation into the allegations.