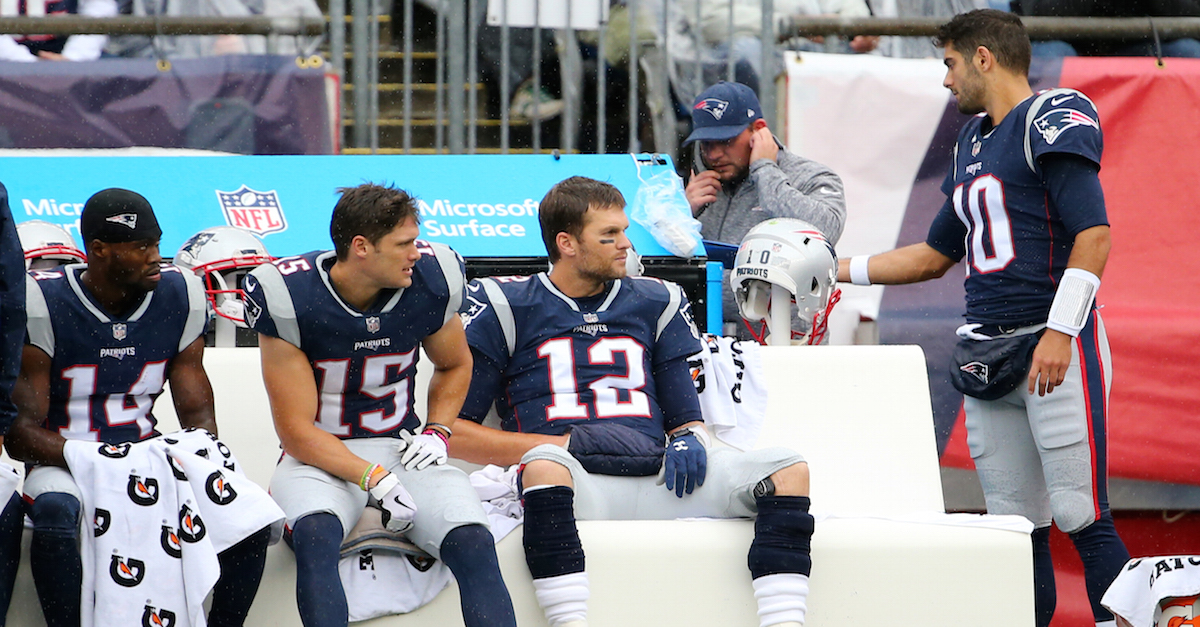 Maddie Meyer/Getty Images
FOXBORO, MA - OCTOBER 29: From left, Brandin Cooks #14, Chris Hogan #15, Tom Brady #12 and Jimmy Garoppolo #10 of the New England Patriots on the bench during the first half of the game against the Los Angeles Chargers at Gillette Stadium on October 29, 2017 in Foxboro, Massachusetts. (Photo by Maddie Meyer/Getty Images)

New England Patriots wide receiver Chris Hogan traveled with the team to Miami for Monday’s game against the Dolphins and is expected to return to action, according to Jeff Howe of the Boston Herald.

Hogan missed the last four games due to a shoulder injury and was limited during practice this past week.

The wide receiver would provide a much-needed addition to the Patriots’ offense, which will be without starting tight end Rob Gronkowski, who is serving a one-game suspension for a dirty hit on Bills cornerback Tre’Davious White last week.

Three other players — defensive end Trey Flowers (rib), special-teamer Brandon King (hamstring) and running back Mike Gillislee (illness) did not make the trip with the team and are included on this week’s injury report.

Hogan enters Monday’s game with 33 receptions for 438 yards, which ranked third on the team prior to his Week Eight injury, as well as being tied for a team best five touchdowns.