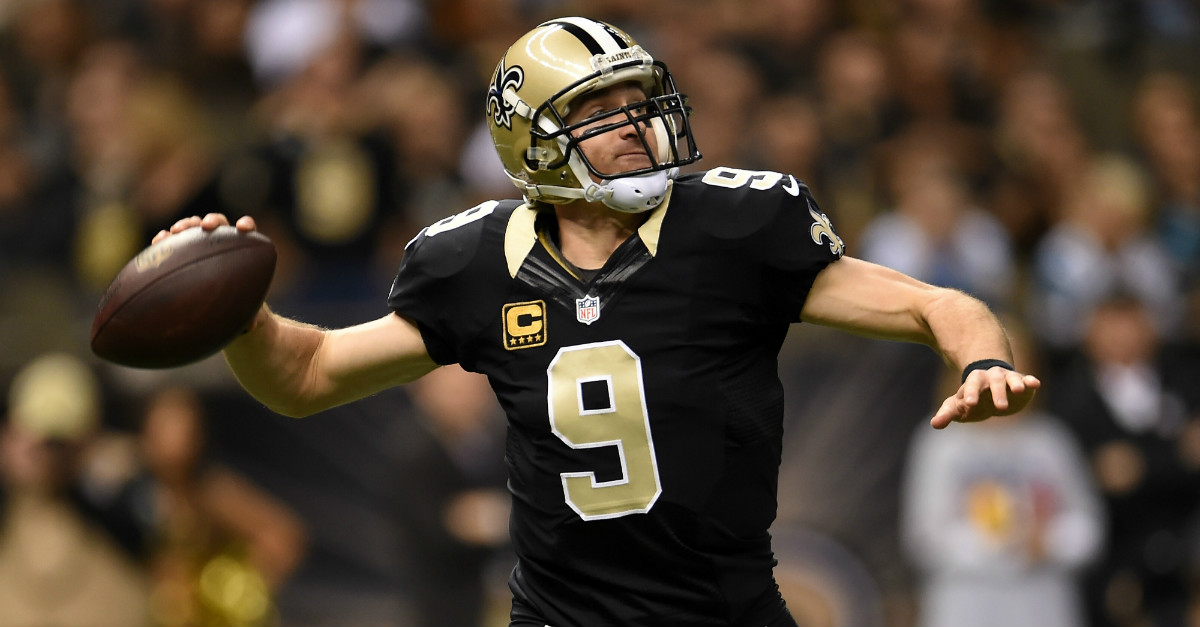 According to NFL reporter Ian Raporport, the New Orleans Saints and Drew Brees have agreed to a contract extension that will pay Brees over $40 million guaranteed over the next two years.

#Saints and QB Drew Brees have agreed in principle to a 1-year extension, source said. He gets $44.25M fully guaranteed. over the next 2 yrs

The impetus behind the extension is that Brees gets more money in the long run, but New Orleans has their cap number lowered for the 2016 season. His previous cap hold had been $30 million, but that has been significantly reduced by the structuring on the contract.

Drew Brees' new deal is a five-year contract that will void down to two years and has a no-trade clause. Cap number for '16 lowered a lot.

Brees had been seeking to get a deal done before the start of the season, so he gets that off his checklist of contract demands, too. According to ESPN, Brees also got language in his contract that will prevent the Saints from hitting him with a franchise tag.

Brees currently ranks fourth in NFL history with 60,903 passing yards. Brees was the Super Bowl XLIV MVP and is a nine-time NFL Pro-Bowler.