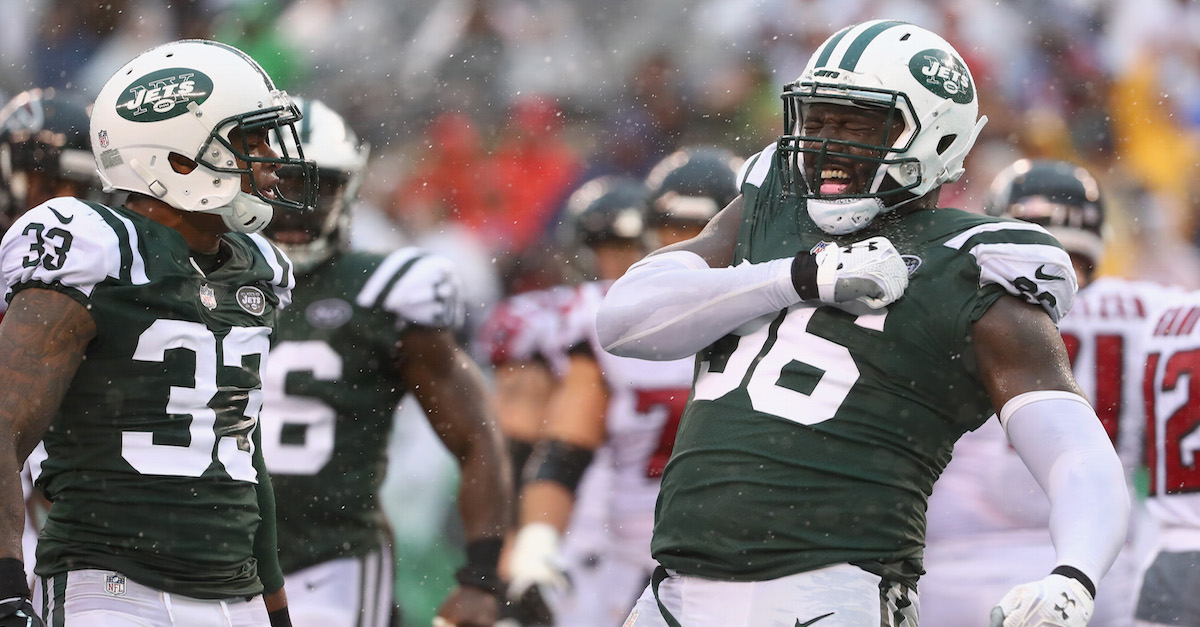 Muhammad Wilkerson, a veteran defensive standout, has been released by the New York Jets. This news, pretty much naturally, came by way of ESPN’s Adam Schefter on the mean streets of Twitter.

Update: Jets now have informed DL Mo Wilkerson of his release, per source.

A former first-round NFL Draft pick, Wilkerson has been on the wrong side of nearly everything after signing a large contract two years ago. He had 4.5 sacks in 2016 and 3.5 in 2017 during his two-year big money run. This came after having 12 in 2015, when he made his only Pro Bowl appearance.

The Jets save $16.75 million in salary by cutting him now.

Only 28, it will be interesting to see what kind of value Wilkerson has on the market. While he hasn’t exactly been great the last two years, with many people questioning his work ethic, he does have the sort of natural freakish abilities that will result in at least one franchise wanting to go after him.

In three straight seasons, 2015-17, Wilkerson had issues with the franchise that resulted in punishment. He was suspended one quarter of a game due to tardiness. Also in 2017, he was benched for the Jets’ trip to New Orleans, for the same reason.

If he can stay on time, he might make another NFL team very happy.