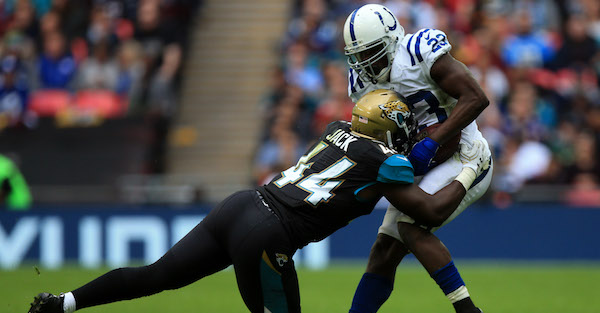 See, if you don't get the print edition, you miss jewels like this. (Good luck on strong finish.) pic.twitter.com/SnVIFLyiwI

The fine people of Florida have plenty to be excited about when it comes to standout Jacksonville Jaguars rookie linebacker Myles Jack.

Unfortunately, a poorly placed “off” ruined what could have been a frame-worthy newspaper clipping of the standout’s first start.

Jack has appeared in four games this season, registering six tackles. The second-round pick exploded for four tackles in his first start for the Jags in London against the Indianapolis Colts.