Massive Hit De-Cleats Reggie Bush: “I Thought I Was Going to Die” 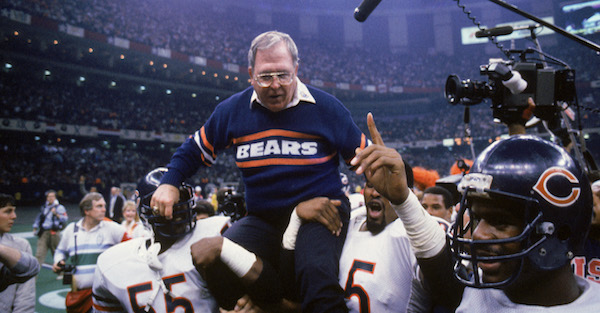 NEW ORLEANS - JANUARY 26: Defensive coordinator Buddy Ryan of the Chicago Bears gets carried off the field by defensive lineman Richard Dent #95 and teammate as they celebrate their victory over the New England Patriots in Super bowl XX at Louisiana Superdome on January 26, 1996 in New Orleans, Louisiana. The Bears won 46-10. (Photy by Mike Powell/Getty Images) *** Local Caption *** Buddy Ryan

Buddy Ryan, father of Buffalo Bills coaches Rex and Rob, has passed away at 82.

Buddy Ryan is most known for heading the 46 defense for the 1985 Chicago Bears, arguably the greatest defense of all time. Ryan won two Super Bowls for the Bears and New York Jets (1969), respectively.

He was the head coach for the Philadelphia Eagles and Arizona Cardinals, registering a 55-55-1 record over his career.

No cause was given for the coaching legend’s death.