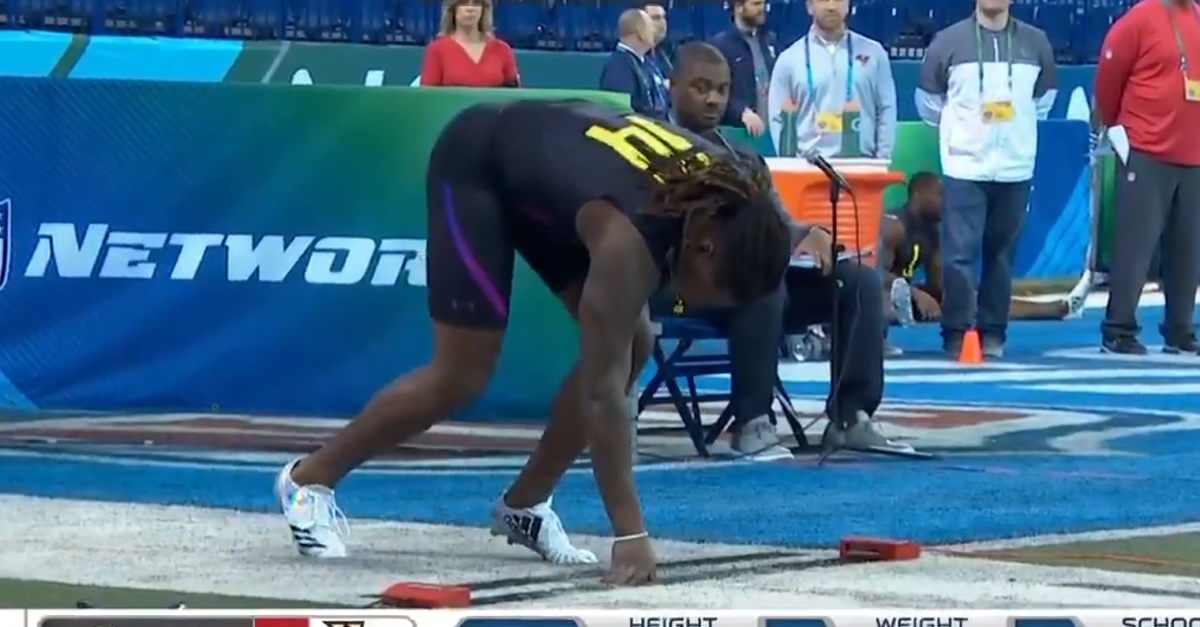 UCF linebacker Shaquem Griffin is having quite the performance at the NFL Combine.

Griffin, who had his left hand amputated at the age of 4, impressed on Saturday by benching 225 pounds for 20 reps with the help of a prosthetic. On Sunday, the former AAC Defensive Player of the Year impressed further by running the 40-yard dash with a currently unofficial time of 4.38.

The fastest LB at the #NFLCombine since 2003.

As noted by the NFL Network broadcast, that would be the fastest time by any linebacker since the NFL Combine started officially recording 40-yard dash times in 2003. The 4.38 40-time would be identical to what Griffin’s twin brother — defensive back Shaquil Griffin — ran last year at the NFL Combine. Shaquil was taken in the third round last season by the Seattle Seahawks.

Griffin exploded onto the college football scene in 2016 when he moved from defensive back to linebacker. In 2016, Griffin recorded 92 total tackles (20.0 TFL), 11.5 sacks, two forced fumbles and an interception on his way to winning the AAC Defensive Player of the Year. Griffin impressed again in 2017, recording 72 total tackles (13.5 TFL), 7.5 sack, two forced fumbles, an interception, and a touchdown on his way to helping UCF to an undefeated 13-0 season.