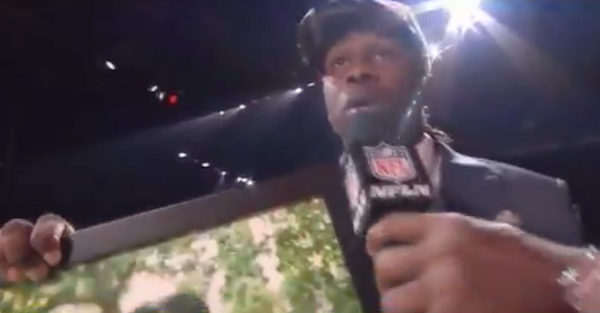 Takkarist McKinley is a 6’2″, 250-pound machine who can’t wait to get to the quarterback. After getting drafted near the end of the first round by the Atlanta Falcons, McKinley laid out a GD before dropping an F-bomb on live television:

This is some seriously intense ish from Takkarist McKinley pic.twitter.com/U3mVfeweJw

It was an emotional moment, as McKinley relished making it to the NFL — a promise he made to his grandmother, who has since passed away.

The opposition better watch out, because McKinley can’t wait to get to the quarterback.