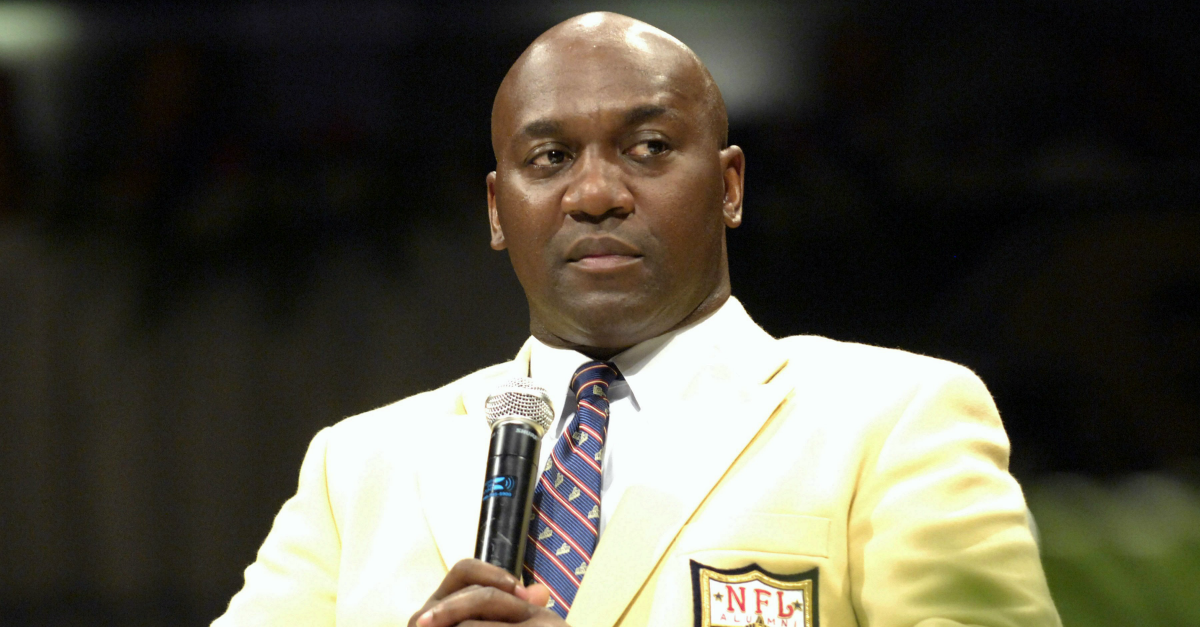 NFL Hall of Fame running back Thomas Thurman had an impressive career and got pretty much everything he could have hoped for from the game. Thomas spent 12 of his 13 years in the league with the Buffalo Bills and was part of the team that won four straight AFC championships. He is the Bills’ all-time leader in rush attempts, rushing yards and rushing touchdowns.

However, for all the things he’s done for the game and all that he’s gotten out of it, it seems that the game has taken something from him too. Thomas turns 50 in May, but his age isn’t the problem. It’s the state of his mind and his mental health that have gone for a freefall. He said his frontal lobe has been compared to “someone who has fallen off the top of a house, on to the front of his head, or going through a windshield of a car several times.”

He told a story about a time he was driving home on a route that he normally takes and he completely forgot where he was. He had to call his wife to come help him get home. Shortly after, Thomas had an MRI on his brain in Buffalo, where he got the diagnosis: It was considered “decent” for an NFL player of such longevity.

He also talked about his violent mood swings and how he has to constantly apologize to his family for it. The entire story can be found at the Sporting News’ website (link below).