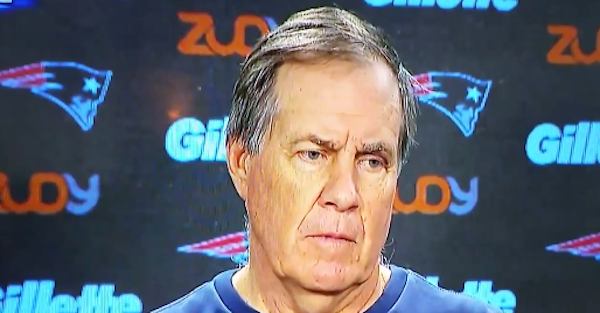 The New England Patriots are finally about to get everyone back, as star quarterback Tom Brady and defensive standout Rob Ninkovich return for the team’s Week 5 tilt with the Cleveland Browns.

But in New England, at Comcast SportsNet specifically, NFL insider Albert Breer discussed a player the Patriots could “eventually” move on from — tight end Rob Gronkowski.

Breer discussed Gronk’s partying and injuries as keys to him being a “high maintenance” player. He also pointed out that the Patriots will put up with it while a player is still productive (ex. Randy Moss), but once he reaches that level, and his production doesn’t match his distractions, Breer believes the Patriots could eventually move on from him.

Arguably the best tight end in NFL history when healthy, Gronk has suffered from ankle, knee, forearm and back injuries since entering the league, starting in 69 games over seven seasons (and a possible 112 games).