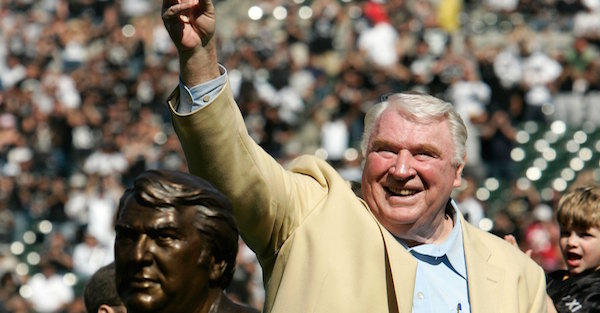 OAKLAND, CA - OCTOBER 22: Former Head Coach John Madden of the Oakland Raiders is presented with his Hall of Fame Ring during a ceremony to honor his recent induction into the Pro Football Hall of Fame before the game against the Arizona Cardinals on October 22, 2006 at McAfee Coliseum in Oakland, California. (Photo by Jonathan Ferrey/Getty Images)

Former NFL head coach and commentator John Madden had successful open-heart surgery and was released from a San Francisco hospital on Wednesday, according to NFL.com.

Madden coached the Oakland Raiders from 1969-78, was part of the legendary broadcast duo with Pat Summerall and joined the Hall of Fame in 2006.