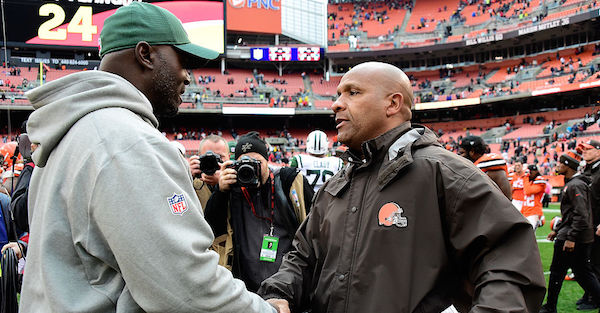 If you’ve missed betting on football, Las Vegas sportsbook CG Technology is allowing bettors to get an early jump on the 2017 NFL season.

CG Technology released lines for every NFL game from Week 1 through Week 16, and the sportsbook has the New England Patriots favored in every game next season.

On the other hand, the sportsbook doesn’t have the Cleveland Browns favored in any game next season. The Browns finished 1-15 in 2016, and they are an underdog by an average of 7.2 points per game next season.

The only game the Browns aren’t underdogs is against the New York Jets in Week 5. The game is listed as a pick-em right now.

The Browns are even 4.5-point underdogs at the Chicago Bears in Week 16.

Cleveland is an underdog by a touchdown or more in nine of the 15 games listed.

The Browns drafted three players in the first round of the NFL Draft, including Myles Garrett No. 1 overall, and Jabrill Peppers and David Nkoju.