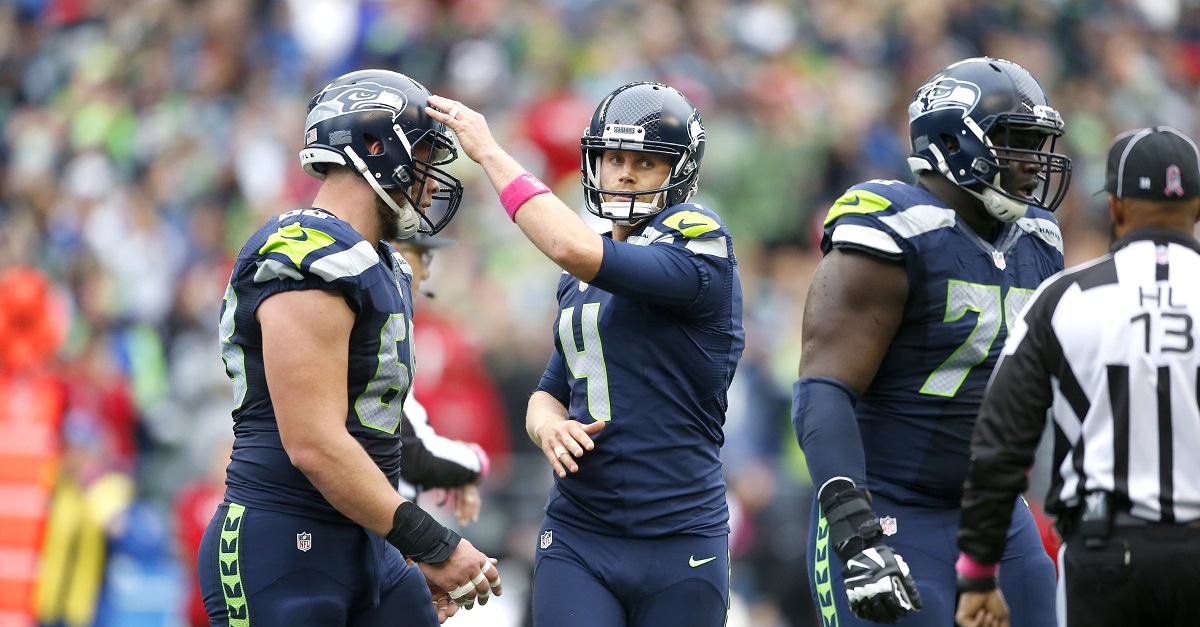 Steven Hauschka has some news for the NFL and everyone else.

Uh… I guess we should make that Stephen Hauschka.

The Seattle Seahawks kicker revealed on Wednesday that the league has been misspelling his name for his entire nine-year career in the NFL.

“There was a little mix-up in college,” Hauschka said to the FOX Q13 affiliate in Seattle. Hauschka attended N.C. State before turning pro, and as far as we can tell, the Wolfpack had him listed as “Steven” at least in his final year on the team.

Sure enough, you go to any site with an NFL roster, and sure enough, his name is spelled incorrectly. ESPN, NFL.com, heck, even Wikipedia has his name wrong in the title before ultimately citing the correct spelling later on the page.

Apparently the mix-up doesn’t bother Hauschka. Just call him Steve, which conveniently has a universal spelling that can’t be mixed up.