NFL spokesman lashes out at fans, reporters and “armchair experts” 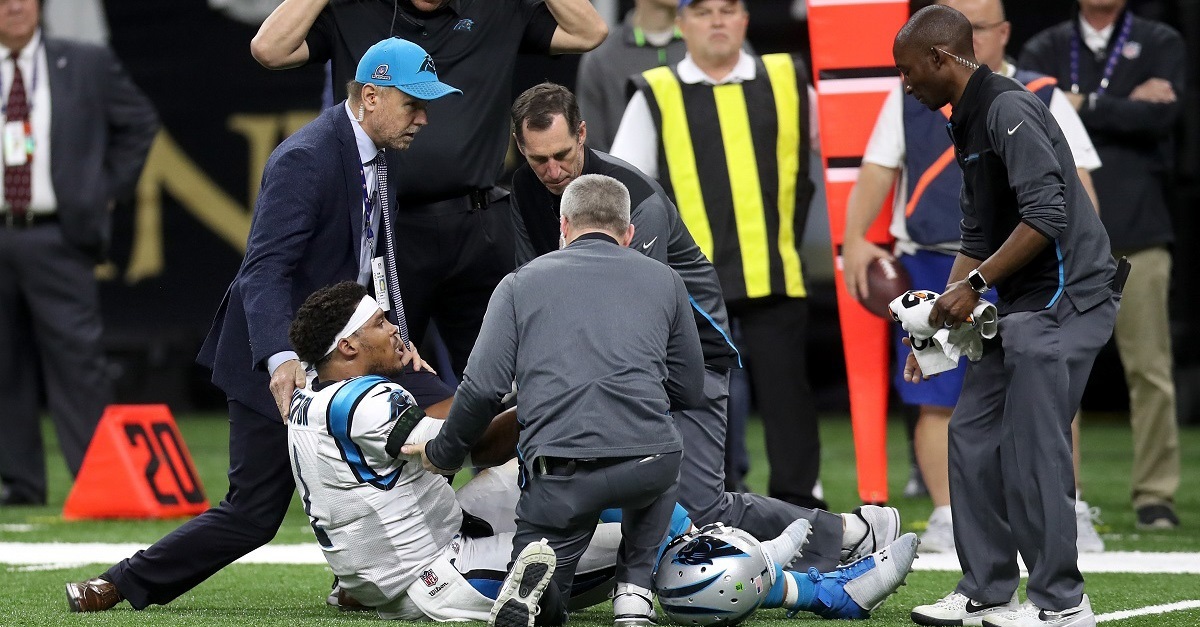 The NFL and NFLPA determined in a joint review that the Carolina Panthers did not violate the league’s concussion protocol in the handling of quarterback Cam Newton following a big hit in the playoffs against the New Orleans Saints.

The two sides announced after the game that they would launch an investigation into whether or not proper concussion protocol was followed in the handling of his injury. Newton was hit in the head by Saints defensive tackle David Onyemata and then fell to the ground as he attempted to jog off the field. Newton was cleared in a medical tent on the sidelines to return to the game and only missed one play following the hit. He said following the game that he suffered an eye injury on the play and that his head was fine.

The investigation concluded that eye and knee injuries played a role in Newton falling to the ground following the hit. The report by the NFL indicated that Newton was instructed by quarterbacks coach Ken Dorsey in his helmet transmitter to take a knee on the following play after the hit. Newton suffered “very extensive swelling” in his knee and an abrasion over his right eye, according to the report.

Following the play against the Saints, many reporters and fans on social media crushed the NFL for allowing Newton to return to the game. After a replay of the hit, many felt that Newton suffered some sort of concussion or head injury given the nature of where he was hit. NFL spokesman Joe Lockhart ripped members of the media and “armchair experts” for trying to diagnose Newton based solely off of TV replays alone.

?People are making judgments about this without all the facts and without a full understanding of some of the medical determinations that are made,? Lockhart told the Charlotte Observer. “Sitting at home watching it on TV without a full understanding of this and without the medical background leaves you in a place where you should not draw conclusions and you should wait for all the facts.?

The Panthers maintained that they did not violate concussion protocol and followed all of the appropriate steps in evaluating Newton and the joint review by the NFL and NFLPA backs up that claim.