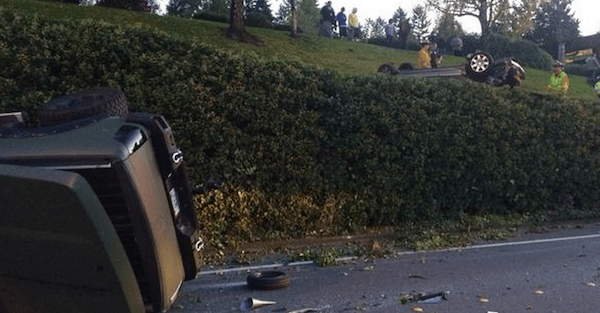 Seattle Seahawks fullback Derrick Coleman, the league’s first legally deaf offensive player, was arrested after he reportedly walked away from the scene of a two-vehicle rollover accident, according to King 5 News.

“He was clearly not in his right mind after the accident, and that would probably be due to a concussion, but that’s speculation as well. We don’t know. But his walking away from the accident is absolutely out of character for who he is and how he would normally respond to a situation like that,” said Coleman’s attorney, Stephen Hayne.

Coleman was reportedly found without his shoes two blocks away from the accident, according to the report. He is being held without bail and under investigation for vehicular assault and hit and run.

The other driver reportedly had serious, but not life-threatening injuries.