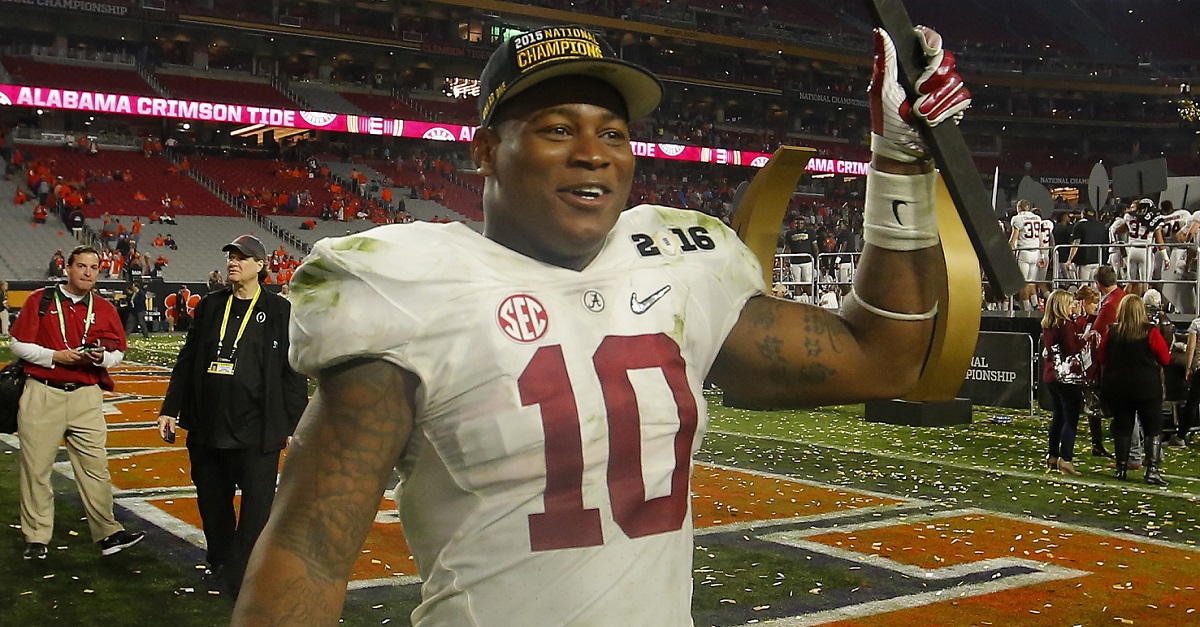 Kevin C. Cox/Getty Images
GLENDALE, AZ - JANUARY 11: Reuben Foster #10 of the Alabama Crimson Tide celebrates after defeating the Clemson Tigers in the 2016 College Football Playoff National Championship Game at University of Phoenix Stadium on January 11, 2016 in Glendale, Arizona. The Crimson Tide defeated the Tigers with a score of 45 to 40. (Photo by Kevin C. Cox/Getty Images)

Former Alabama linebacker Reuben Foster was sent home from the NFL Combine after a heated exchange with a hospital employee, and his former coach Nick Saban came to his defense at Alabama’s pro day.

Related: The winningest coach this decade is surprisingly not Nick Saban

?Reuben?s been a great player for us here. We?ve never had any issue with Reuben,? Saban said at Bama’s pro day . ?I think that when you ask someone ? if anybody here asks someone eight or 10 times, ?Am I in the right place, why have I had to stay here for so long? and nobody will respond to you, I think it will probably create a little anxiety for all of us.

Foster didn’t participate in drills at the combine or at pro day due to an injured shoulder. Saban went on to commend Foster’s leadership and skills as a player.

On NFL.com, three of four draft analysts have Foster being taken in the first round, and two have him being selected at No. 9 by the Cincinnati Bengals.