No play better exemplified the Dallas Cowboys season than this one 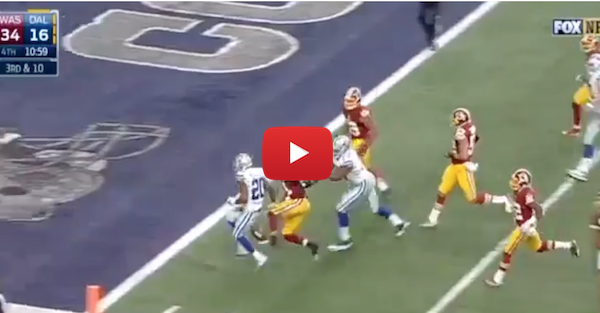 The Cowboys season in a single play pic.twitter.com/8WZzGPdoLr

The Dallas Cowboys season hasn’t had many bright spots, and just when it looked like things were turning around, it all fell apart.

Against the Washington Redskins, Dallas was struggling with a 34-16 deficit early in the fourth quarter and tried to get back in the game with a big Darren McFadden run.

McFadden hit the edge and burst 23 yards down the sideline, but had the ball poked out before he crossed the goal line. The ball trickled across the goal line and out of bounds for a touchback.